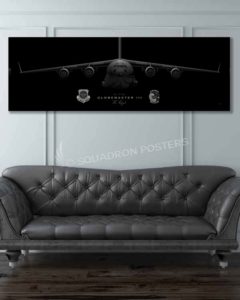 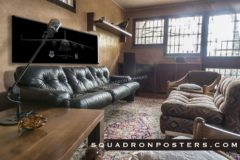 The 3rd Airlift Squadron is a squadron of the 436th Airlift Wing of the United States Air Force. It is based at Dover Air Force Base near Dover, Delaware. The 3d Airlift Squadron goes back to the days of World War II when it was activated at Pope Field, Fort Bragg, North Carolina, in March 1942, as a ferrying squadron. During the war, the 3rd was stationed at Chabau, Upper Assam, India. Later, it transferred to the India-China Wing of the Air Transport Command and carried supplies and equipment back and forth across the treacherous “Hump”.

The 3rd AS continues its distinct history and support of AMC by flying humanitarian and contingency missions into such places as Southwest Asia, Somalia, Rwanda, and Haiti. The 3rd AS participated in the first-ever six-ship formation flights of C-5’s in support of the Strategic Brigade Airdrop Test. In October 2003 a crew from the 3rd Airlift Squadron landed the first C-5 Galaxy in Iraq at Baghdad International Airport. Until 2004 the unit was also the only Special Operations Low Level SOLL capable unit to fly the C-5 Galaxy. This capability was transferred to the smaller and more modern C-17 in 2001. In 2007 the 3rd AS transitioned from operation of the C-5 Galaxy to the newer C-17 Globemaster III.

The Boeing C-17 Globemaster III is a large military transport aircraft. It was developed for the United States Air Force (USAF) from the 1980s to the early 1990s by McDonnell Douglas. The C-17 commonly performs strategic airlift missions, transporting troops and cargo throughout the world; additional roles include tactical airlift, medical evacuation and airdrop duties.