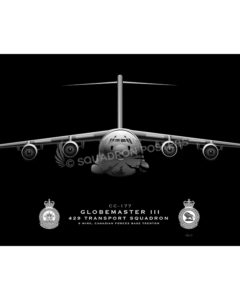 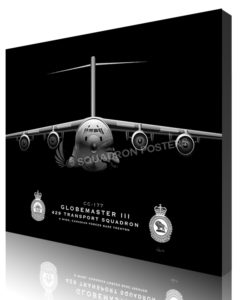 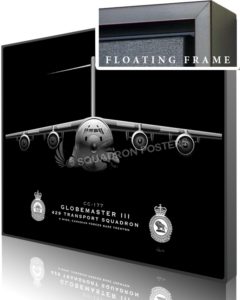 8 Wing Trenton has been home base to 429 Transport Squadron (TS) since 1990 and has performed a wide range of air transport roles on behalf of Canada – everything from delivering humanitarian aid to disaster zones around the world to ferrying supplies to Canadian troops in Afghanistan. 429 TS has flown a variety of aircraft throughout its history, although the massive CC-177 Globemaster III is the only airframe the squadron flies today.

The RCAF began using the giant airlifter within days of receiving the first Globemaster in the summer of 2007 and crews have been busy ever since delivering on their mission – to develop and maintain a globally responsive capability that enables the Canadian Forces to reliably impact all theaters of operations with relevance and unlimited reach.

The  CC-177 (C-17A ER) is a Royal Canadian Air Force version of the Boeing C-17 Globemaster III, a large military transport aircraft. It was developed for the United States Air Force (USAF) from the 1980s to the early 1990s by McDonnell Douglas. The C-17 commonly performs strategic airlift missions, transporting troops and cargo throughout the world; additional roles include tactical airlift, medical evacuation and airdrop duties.