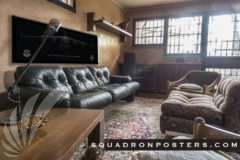 The 62nd Aircraft Maintenance Squadron (62 AMXS) is part of the 62nd Airlift Wing at Joint Base Lewis-McChord, Washington. The 62 AMXS is comprised of more than 500 active duty military and civilian personnel who maintain, service, and generate 44 assigned C-17 Globemaster III aircraft in support of worldwide combat and humanitarian airlift and airdrop operations.  Furthermore, as an enabler of the Primary Nuclear Airlift Force, the 62 AMXS generates airlift for nuclear and nuclear-related cargo movements.  In addition, the 62 AMXS supports Operation Deep Freeze to provide airlift support for the National Science Foundation’s U.S. Antarctic Program.  Lastly, the mission of the 62 AMXS is to provide safe and reliable aircraft, develop professional Airmen and resilient families, and to foster an environment of empowerment and trust.  – “Rain or shine, we run the line.”