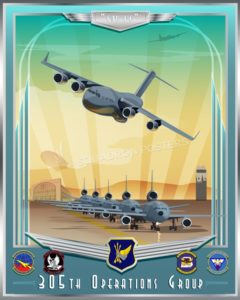 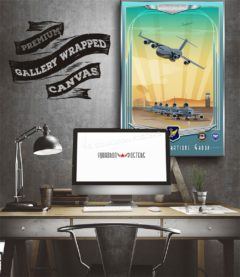 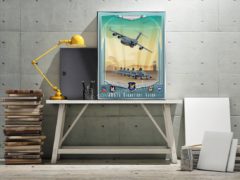 The 305th Operations Group (305th OG) is a United States Air Force unit assigned to the 305th Air Mobility Wing. It is stationed at Joint Base McGuire-Dix-Lakehurst (JB MDL), New Jersey. The mission of the 305th Operations Group is to deploy worldwide from Air Mobility Command’s Eastern Gateway, Joint Base McGuire-Dix-Lakehurst, to perform aerial-refueling and airlift missions, in support of tactical, strategic, reconnaissance, transport, and bombardment forces in high-threat and chemical-warfare environments. The group flies the C-17 Globemaster III and KC-10 Extender in support of worldwide operations.

During World War II, the group’s predecessor unit, the 305th Bombardment Group was one of the first VIII Bomber Command B-17 Flying Fortress units in England and was one of the most-decorated USAAF heavy-bombardment groups in the European Theater. While commanded by Colonel Curtis LeMay the 305th Bomb Group pioneered many bomber flying formations and bombing procedures that became the standard operating procedures in the Eighth Air Force. The group suffered the heaviest loss of the 14 October 1943 Schweinfurt–Regensburg mission, and for this reason, was given the Nazi flag found flying in the city when it was captured by U.S. troops in April 1945.