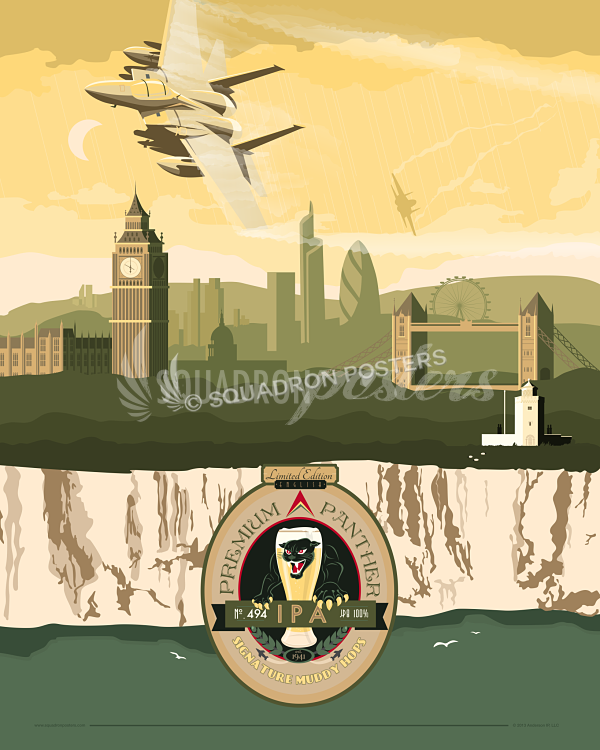 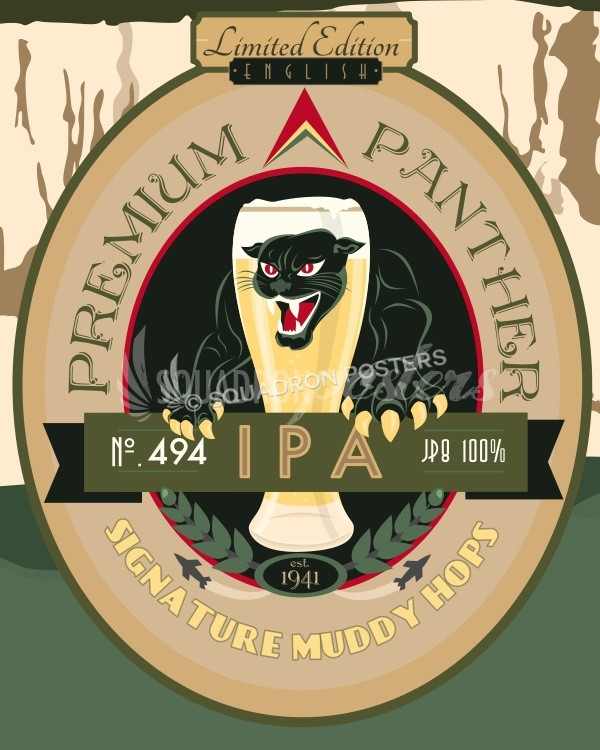 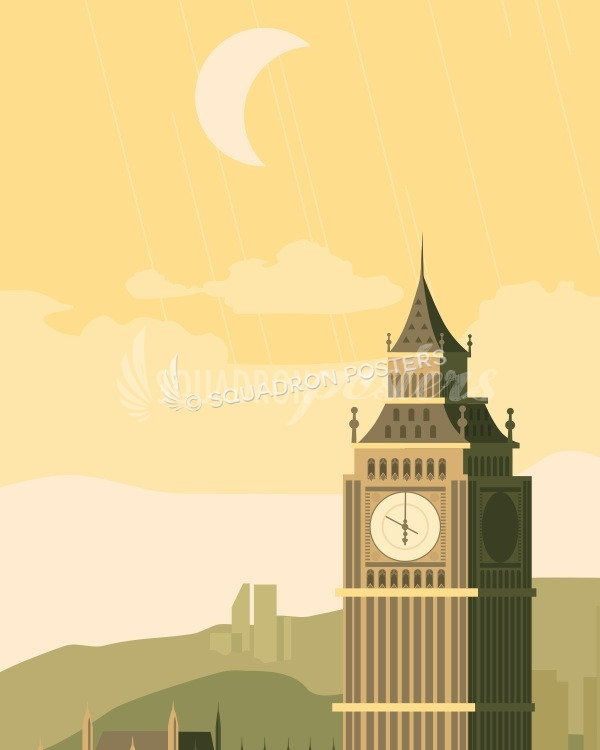 This poster is dedicated to the 494th Figher Squadron ‘Panthers’, based out of RAF Lakenheath, England. The ficticious beer is the ‘Premium Panther IPA, Signature Muddy Hops’. The muddy hops is a reference to the F-15E Strike Eagle’s nickname the ‘Mud Hen‘. The background starts off with the famous White Cliffs of Dover and rolls into all the classic downtown London landmarks including a highly detailed Big Ben and London Bridge. World War II ended at 11:00 Paris time which is why Big Ben’s hands read the time it was in London… 10:00.

The 494th Fighter Squadron permanently trains for its mission as a combat-ready fighter squadron capable of executing strategic attack, interdiction, and counter air missions in support of USAFE, USEC and NATO operations.