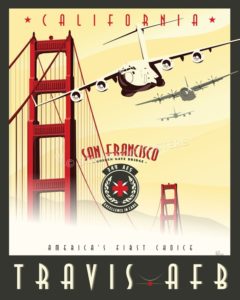 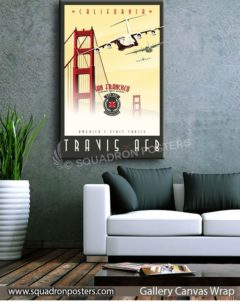 The 349th Aeromedical Evacuation Squadron (349 AES) is assigned to the 349th Air Mobility Wing (349 AMW) an Air Reserve Component (ARC) of the U.S. Air Force. The 349th AMW is an associate unit of the 60th Air Mobility Wing, Air Mobility Command (AMC) and if mobilized the wing is gained by AMC. The 349th AES utilizes C-17, C-130, KC-10 and KC-135 (Medical aircrews) and is based out of Travis Air Force, California. The mission of the 349th AES is to train nurses, medical specialists and flight operations personnel in aeromedical evacuation, so that the squadron is prepared to fulfill its wartime role. This role is to deploy 10 aeromedical evacuation crews worldwide with supporting personnel and equipment to fly strategic missions; and, to establish an Aeromedical Evacuation Operations Team to manage crews and missions. The unit reports to the 349th Operations Group Commander.