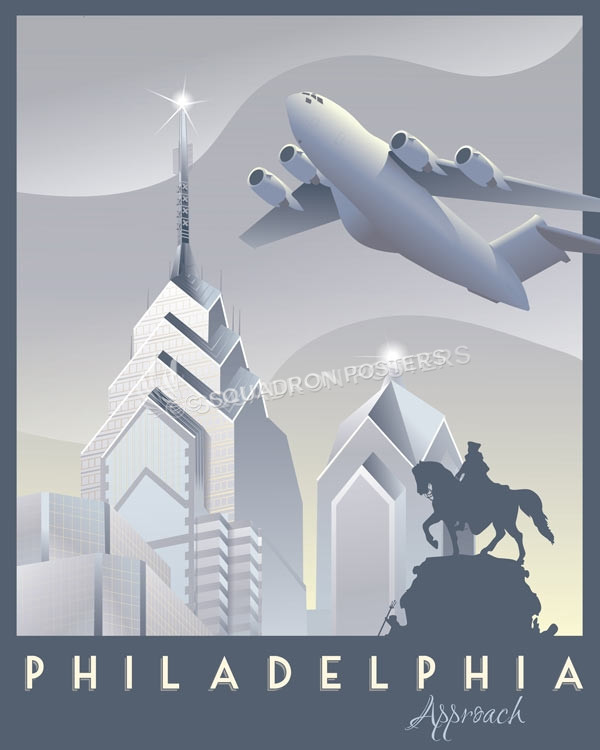 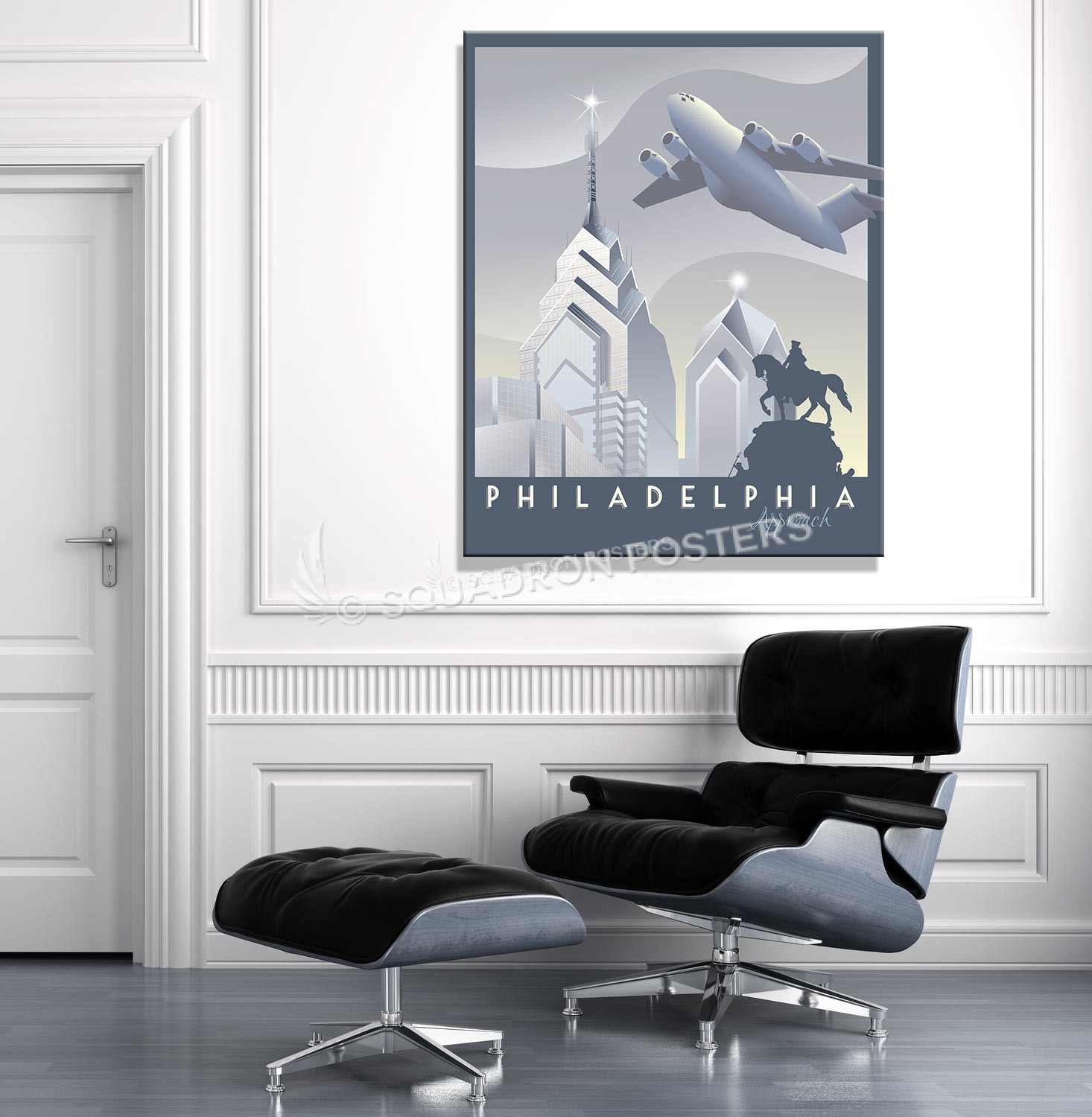 This art represents the Downtown Philadelphia skyline approach with a C-17 Globemaster III.

In 1682, William Penn founded the city to serve as capital of Pennsylvania Colony. By the 1750s, Philadelphia had surpassed Boston to become the largest city and busiest port in British America, and second in the British Empire, behind London. During the American Revolution, Philadelphia played an instrumental role as a meeting place for the Founding Fathers of the United States, who signed the Declaration of Independence in 1776 and the Constitution in 1787. Philadelphia was one of the nation’s capitals during the Revolutionary War, and the city served as the temporary U.S. capital while Washington, D.C., was under construction.