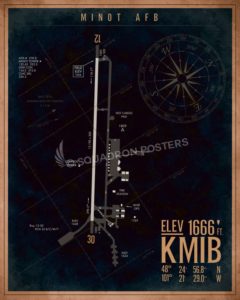 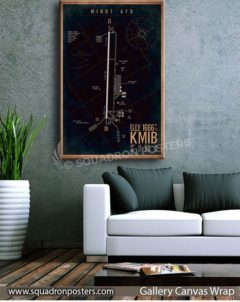 Originally opened in 1957 as an Air Defense Command base, Minot AFB became a major Strategic Air Command (SAC) base in the early 1960s, with both nuclear-tipped intercontinental ballistic missiles and manned bombers and aerial refueling aircraft. When SAC was inactivated in 1992, the nuclear mission of the base was divided between two commands, with missiles going to the Air Force Space Command (AFSPC) and manned bombers to the Air Combat Command (ACC). With the establishment of the Air Force Global Strike Command (AFGSC) in 2009, missiles and manned bombers (excluding the B-1 Lancer) were transferred from AFSPC and ACC to AFGSC in the late 2009 and early 2010.