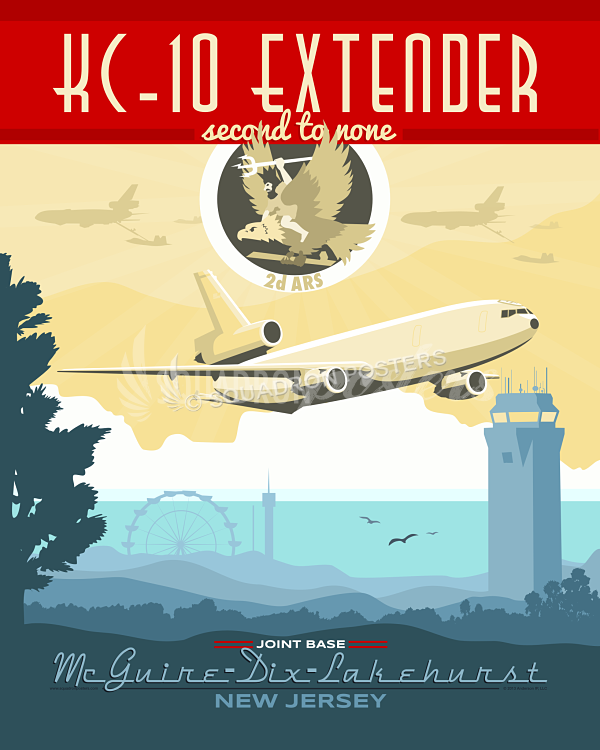 This poster is dedicated to the hard working men and women at the 2nd Air Refueling Squadron, Joint Base McGuire-Dix-Lakehurst, New Jersey.

The 2d Air Refueling Squadron (2 ARS) is a unit of the United States Air Force. It is part of the 305th Air Mobility Wing at Joint Base McGuire-Dix-Lakehurst, New Jersey. The 2d ARS is the second-oldest squadron in the Air Force, having over 95 years of service to the nation. Deployed to the Philippines after World War I, during the 1941-1942 Battle of the Philippines, it was wiped out, with some of its personnel being forced by the Japanese to endue the Bataan Death March. It was re-formed as an air refueling squadron by Strategic Air Command in 1949. Today, it operates the KC-10 Extender aircraft, conducting aerial refueling missions.