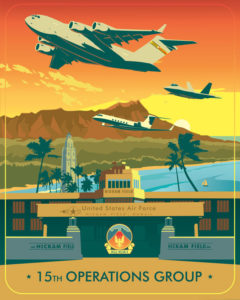 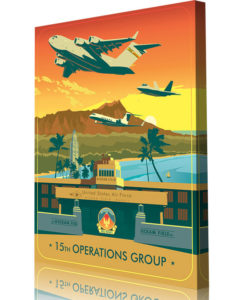 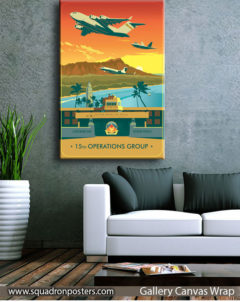 Established in Apr 1992 as part of the objective wing reorganization, the 15th Operations Group assumed responsibility from the 15th Air Base Wing for managing operational matters at Hickam AFB, Bellows AFS, and Wake Island Airfield. From 1992, the group had one airlift squadron assigned and equipped with C-135 (after 2003 C-37 and C-40) aircraft, which provided transportation for the Commander, US Pacific Command, Commander, Pacific Air Forces, and other high ranking civilian, military, and foreign dignitaries. From 2006, the group had an additional airlift squadron equipped with C-17A aircraft. From 2010, the group had a refueling squadron equipped with KC-135 aircraft, operated in conjunction with the 154th Wing of the Hawaii National Guard, and a fighter squadron equipped with F-22 Raptor aircraft, also operated in conjunction with the 154th Wing. Also provided command and control for the defense of the Hawaiian Islands. Current aircraft operated by the 15th OG: C-17A, C-37B, F-22A.