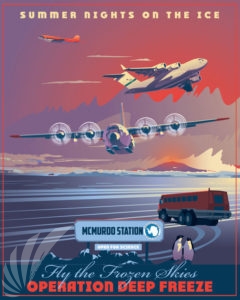 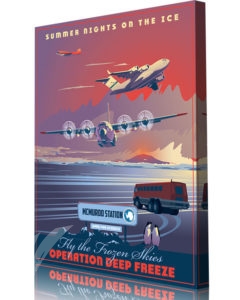 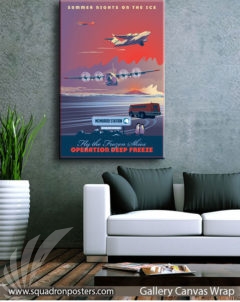 McMurdo Station, Antarctica is the main United States Research and Science Support Station on the Continent of Antarctica, A continent that is 98% covered in Ice and has no permanent residents. Research in critical areas such as Global Warming, Space Exploration and the History of our planet are conducted on the Continent. McMurdo Station, not only serves as a Research Facility, but also provides support to not only other United States Science Facilities on the continent, but those of other nations as well. Phoenix Airfield and its hard-packed snow runway was opened in 2017 as a replacement for the well used and worn Pegasus White Ice Runway. This Airfield supports a host of Aircraft during the Antarctic Summer Science Season which traditionally starts in October including the ski equipped LC-130 Hercules of the 139th Airlift Squadron, New York Air National Guard and the legendary C-17 Globemaster lll’s flown by blended Active and Reserve crews from the 62nd and 446th Airwings respectively from McChord Airforce base. Other Aircraft which may be seen at Phoenix during the summer season include C-130’s, LC-130’s, Airbus 319’s, 737’s, DC-3’s and Twin Otters.