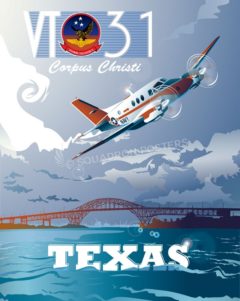 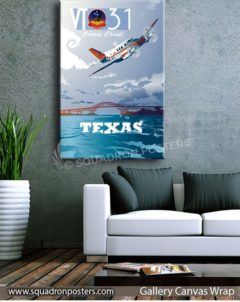 Naval Air Station Corpus Christi, also known as Truax Field is a naval base located six miles southeast of the central business district of Corpus Christi, in Nueces County, Texas. VT-31 provides advanced training in the twin engine T-44A and T-44C Pegasus aircraft. The Beechcraft King Air family is part of a line of utility aircraft produced by Beechcraft. The King Air line comprises a number of twin-turboprop models that have been divided into two families; the Model 90 and 100 series developed in the 1960s are known as King Airs, while the later T-tail Model 200 and 300 series were originally marketed as Super King Airs, with “Super” being dropped by Beechcraft in 1996 (although it is still often used to differentiate the 200 and 300 series King Airs from their smaller stablemates). T-44A Pegasus Model H90 as a Multi-engine training aircraft for US Navy, based on King Air B90, 61 built.