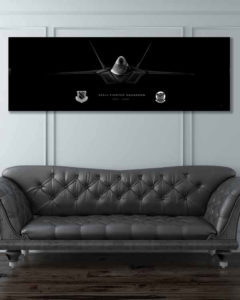 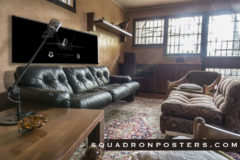 The 525th Fighter Squadron is assigned to the 3d Operations Group at Elmendorf Air Force Base, Alaska. The squadron was first activated as the 309th Bombardment Squadron in February 1942.

The F-22 Raptor is a single-seat, twin-engine, all weather stealth tactical fighter aircraft developed for the United States Air Force (USAF). The result of the USAF’s Advanced Tactical Fighter program, the aircraft was designed primarily as an air superiority fighter, but has additional capabilities including ground attack, electronic warfare, and signals intelligence roles. Lockheed Martin is the prime contractor and was responsible for the majority of the airframe, weapon systems, and final assembly of the F-22, while program partner Boeing provided the wings, aft fuselage, avionics integration, and training systems.