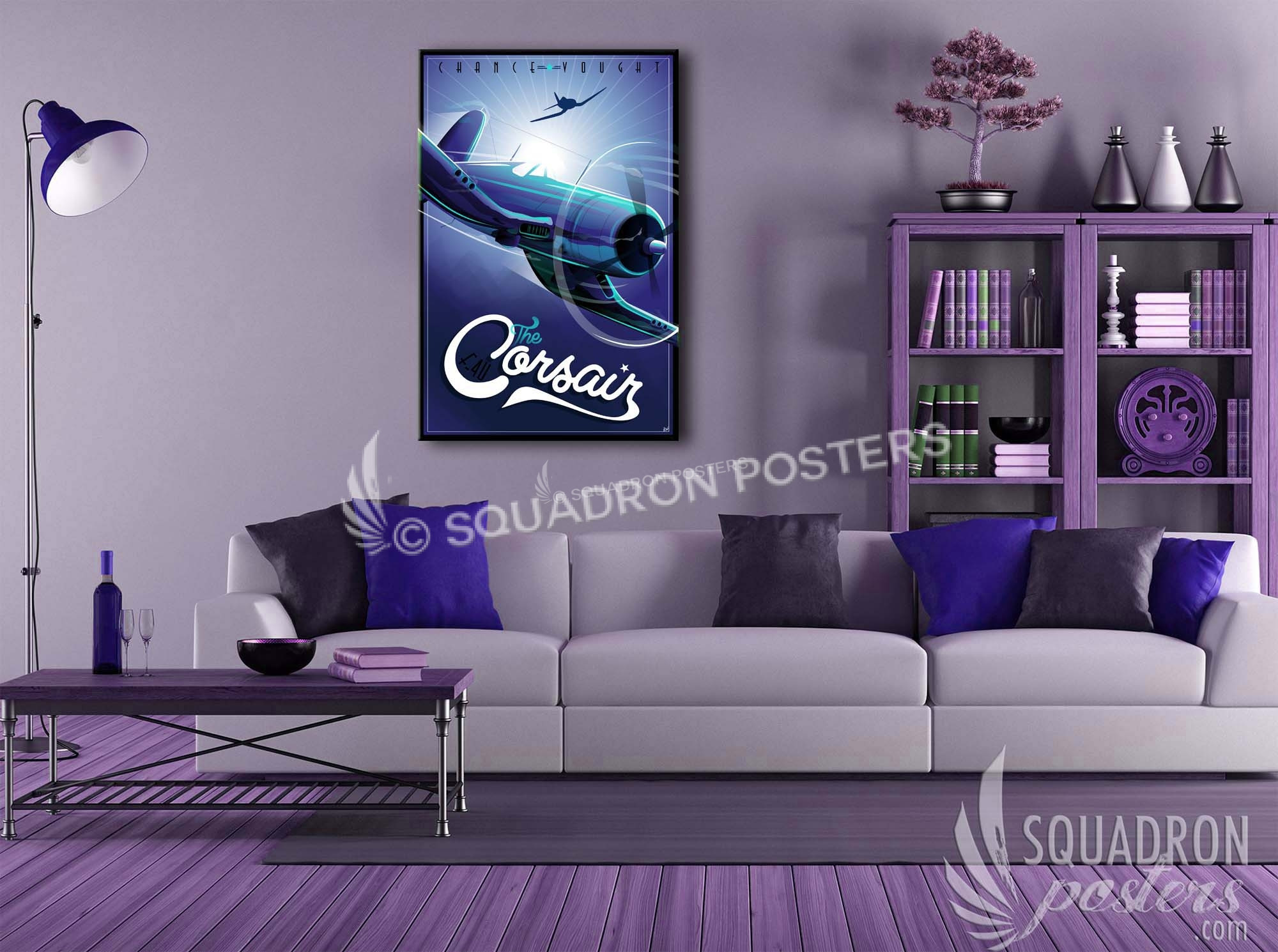 The Chance Vought F4U Corsair was an American fighter aircraft that saw service primarily in World War II and the Korean War. Demand for the aircraft soon overwhelmed Vought’s manufacturing capability, resulting in production by Goodyear and Brewster: Goodyear-built Corsairs were designated FG and Brewster-built aircraftF3A. From the first prototype delivery to U.S. Naval operations in 1940, to final delivery in 1953 to the French, 12,571 F4U Corsairs were manufactured by Vought, in 16 separate models, in the longest production run of any piston-engined fighter in U.S. history (1942–53). The Corsair was designed as a carrier-based aircraft. However its difficult carrier landing performance rendered the Corsair unsuitable for Navy use until the carrier landing issues were overcome when used by the British Fleet Air Arm. The Corsair thus came to and retained prominence in its area of greatest deployment: land based use by the Marine’s.