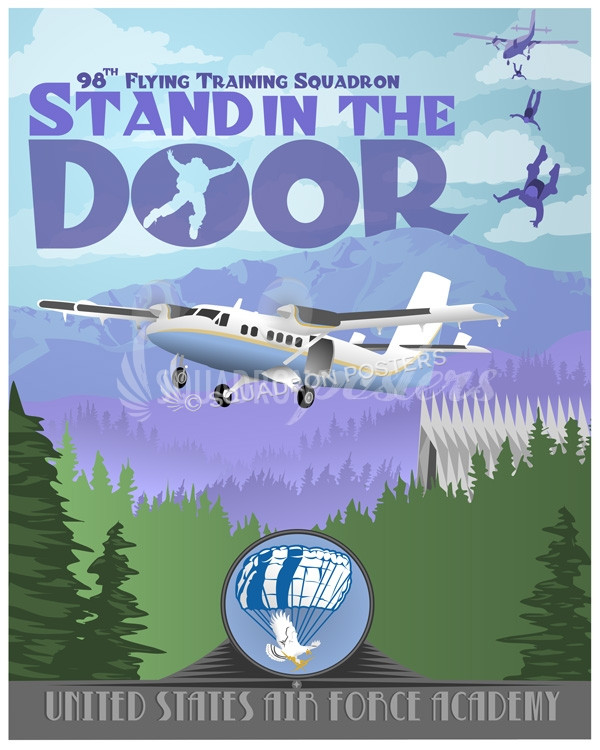 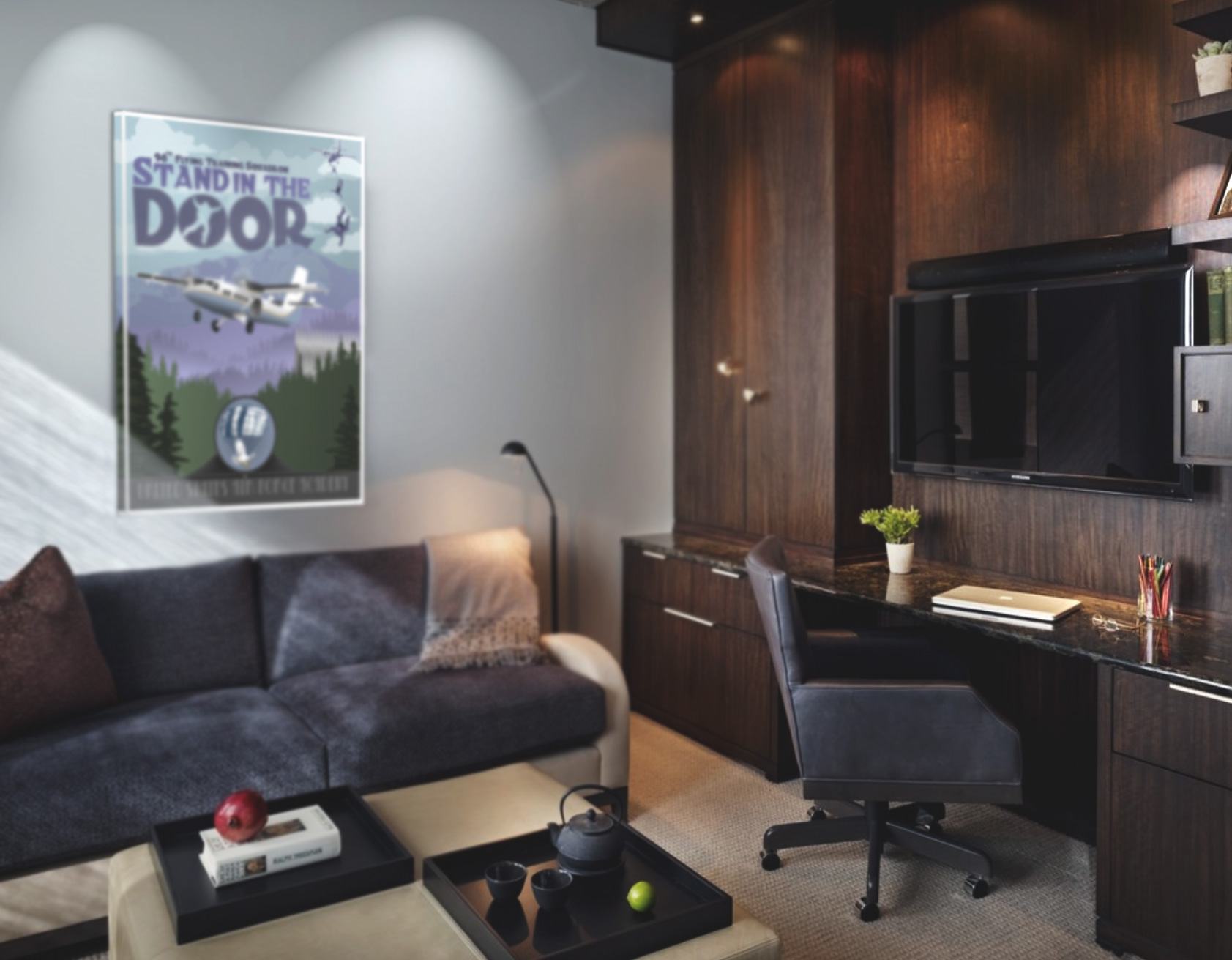 The mission of the 98 FTS is to provide parachute training to cadets and trains 1,200 students per year. The ‘Wings of Blue‘, is the parachuting unit at the United States Air Force Academy, near Colorado Springs, Colorado. The team operates as the 98th Flying Training Squadron, 306th Flying Training Group, Air Education and Training Command.

The Wings of Blue has been one of the outstanding parachute units in the U.S. and have dominated national intercollegiate parachuting, winning 21 national championships. They perform about 50 demonstrations each year, and have shown off their skills at the BCS National Championship, Orange Bowl,Copper Bowl, Fiesta Bowl, and Pro Bowl and most Air Force Falcons football games. The team travels internationally to perform in air shows and competitions. Their mission: ‘Develop airmen through flight in its purest form—STAND IN THE DOOR!’