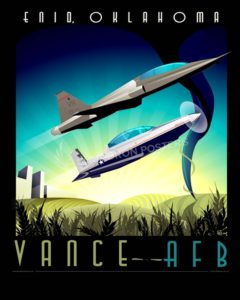 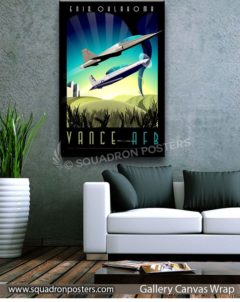 Vance Air Force Base is a United States Air Force base located south of downtown Enid, Oklahoma, within its city limits and north / northwest of Oklahoma City. The base is named after local World War II hero and Medal of Honor recipient, Lt Col Leon Robert Vance Jr. The host unit at Vance is the 71st Flying Training Wing, which is a part of Air Education and Training Command.

The Northrop T-38 Talon is a two-seat, twin-engine supersonic jet trainer. It was the world’s first supersonic trainer and is also the most produced. The T-38 remains in service as of 2013 in air forces throughout the world. The USAF is the largest operator of the T-38. In addition to training USAF pilots, the T-38 is used by NASA, US Naval Test Pilot School and Pilots of other NATO nations.