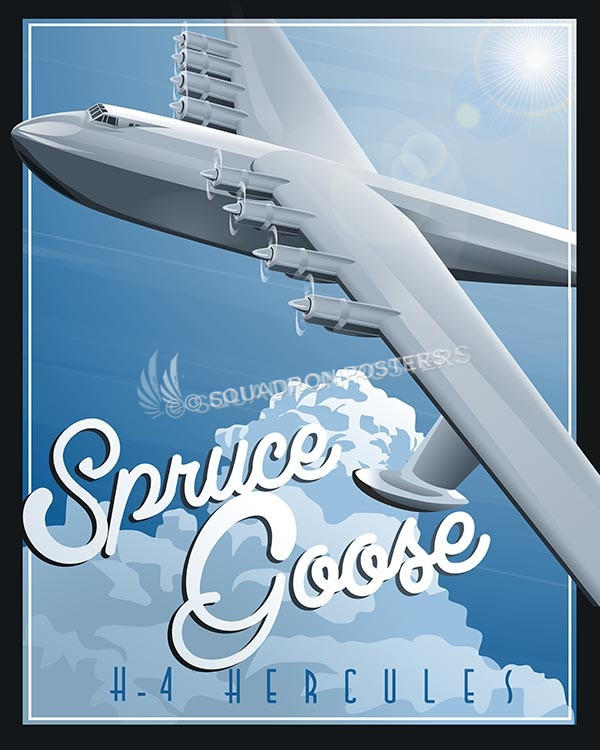 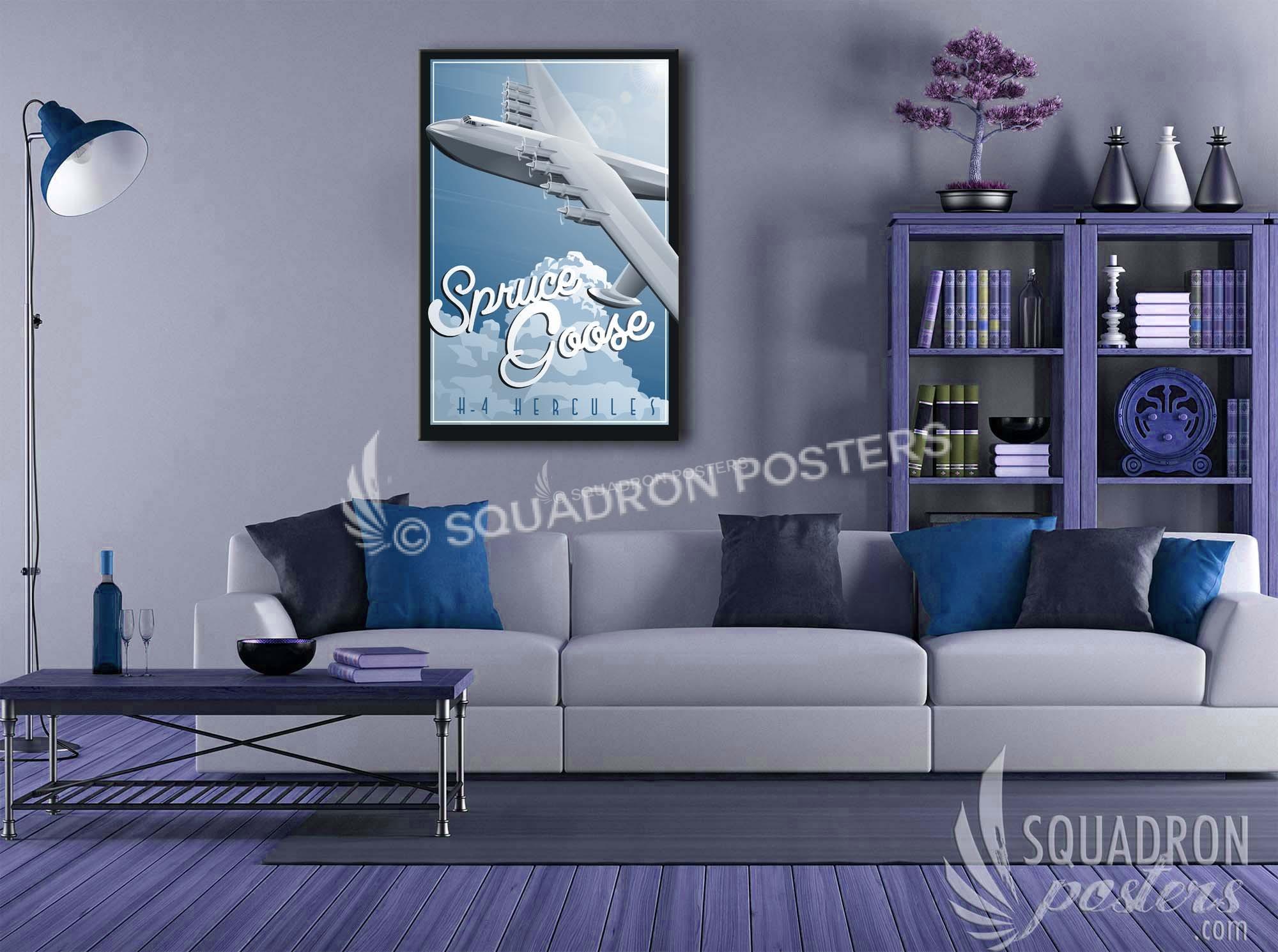 The Hughes H-4 Hercules (also known as the “Spruce Goose“; registration NX37602 / N37602) is a prototype heavy transport aircraft designed and built by the Hughes Aircraft Company. Intended as a transatlantic transport for use during World War II, it was not completed in time to be of use. The aircraft made only one brief flight on November 2, 1947, and the project never advanced beyond the single example produced.

Built from wood because of wartime restrictions on the use of aluminum and concerns about weight, its critics nicknamed it the “Spruce Goose”, despite it being made almost entirely of birch rather than spruce. The Hercules is the largest flying boat ever built and has the largest wingspan of any aircraft in history. It is on display, and remains in good condition at the Evergreen Aviation & Space Museum  in McMinnville, Oregon. http://evergreenmuseum.org/

Next time your in the Pacific North West, visit the Spruce Goose at the Evergreen Aviation and Space Museum as well as their Wings and Waves Water park. See more information here: Museumhttps://www.evergreenmuseum.org/