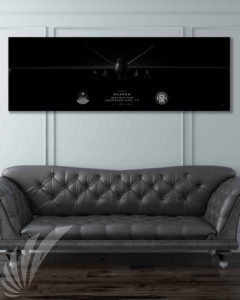 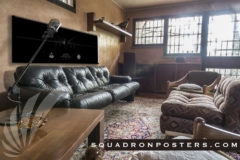 The 362 Training Squadron (362 TRS) is part of the 82 Training Group, 82 Training Wing, Sheppard AFB Texas. The 362nd Training Squadron is the largest training squadron in the USAF. It conducts quality technical and military training for heavy and tactical aircraft “Crew Chiefs”. The mission of the 362nd TRS is to train the finest technically skilled and disciplined war fighting airmen. The squadron is known as the 362 “Crew Dawgs”! – The Crew Dawg Legacy: When the Air Force became a separate branch of the U.S. Military in 1947, the duties of the aircraft mechanic were many and exhausting. An aircraft mechanic was well rounded; skilled not only in servicing and inspecting, but also in the repair of structural components, engines, and all other systems. The aircraft mechanic, an oil-soaked, battle-scarred, “Jack of All Trades, Master of None,” was assigned an aircraft and given the responsibility of coordinating all armament and specialist crews working that aircraft. As manager of all maintenance crews, pilots began to refer to the aircraft mechanic as the “Crew Chief”. In the late 1980s and early 1990s, the spelling of the dog changed to DAWG  forming an acronym for Dedicated, Able, and Worthy Guardian. As the Air Force moves ahead through the 21st century, we’re finding that it takes more than just a wrench and a keen eye to keep our high-tech, multi-million dollar aircraft in the sky. This dedication to keep the aircraft in the air is a proud heritage that was passed down to today’s CREW DAWGS and it is the legacy that today’s CREW DAWGS instill in tomorrow’s maintainers.