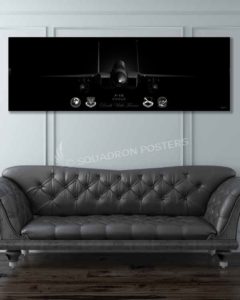 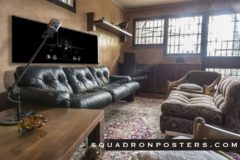 The 95th Fighter Squadron (95th FS) flew combat in the European Theater of Operations and the Mediterranean Theater of Operations between 25 December 1942 and 3 May 1945. It flew fighter escort and air defense from 1947 to 1949 and air defense from 1952-1973. Prior to 2010 it conducted advanced fighter training for the F-15 Eagle. Though the 95th‘s mission was air dominance training, and was not an operational squadron, during Operation Noble Eagle, the 95th Fighter Squadron generated combat-configured F-15 Eagles and flew combat air patrol missions over cities in the southeastern United States. However, the F-15 was aging and reduced budgets led to the Air Force to retire F-15A to D model aircraft and inactivate F-15 Training units.

The squadron was activated once again in October 2013 at Tyndall AFB as a combat-coded F-22 Raptor unit. The unit received aircraft from the 7th Fighter Squadron at Holloman Air Force Base beginning in January, 2014. The 95th completed acceptance of its fleet and gained initial operational capability in April, 2014.