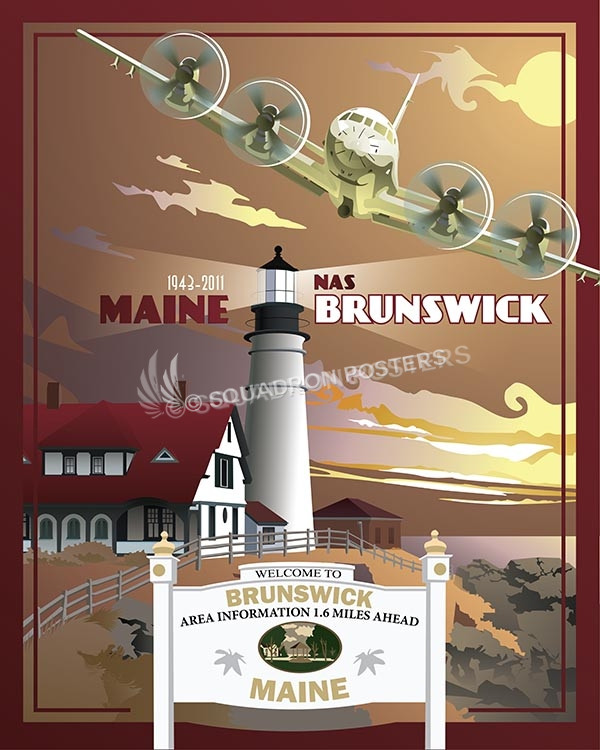 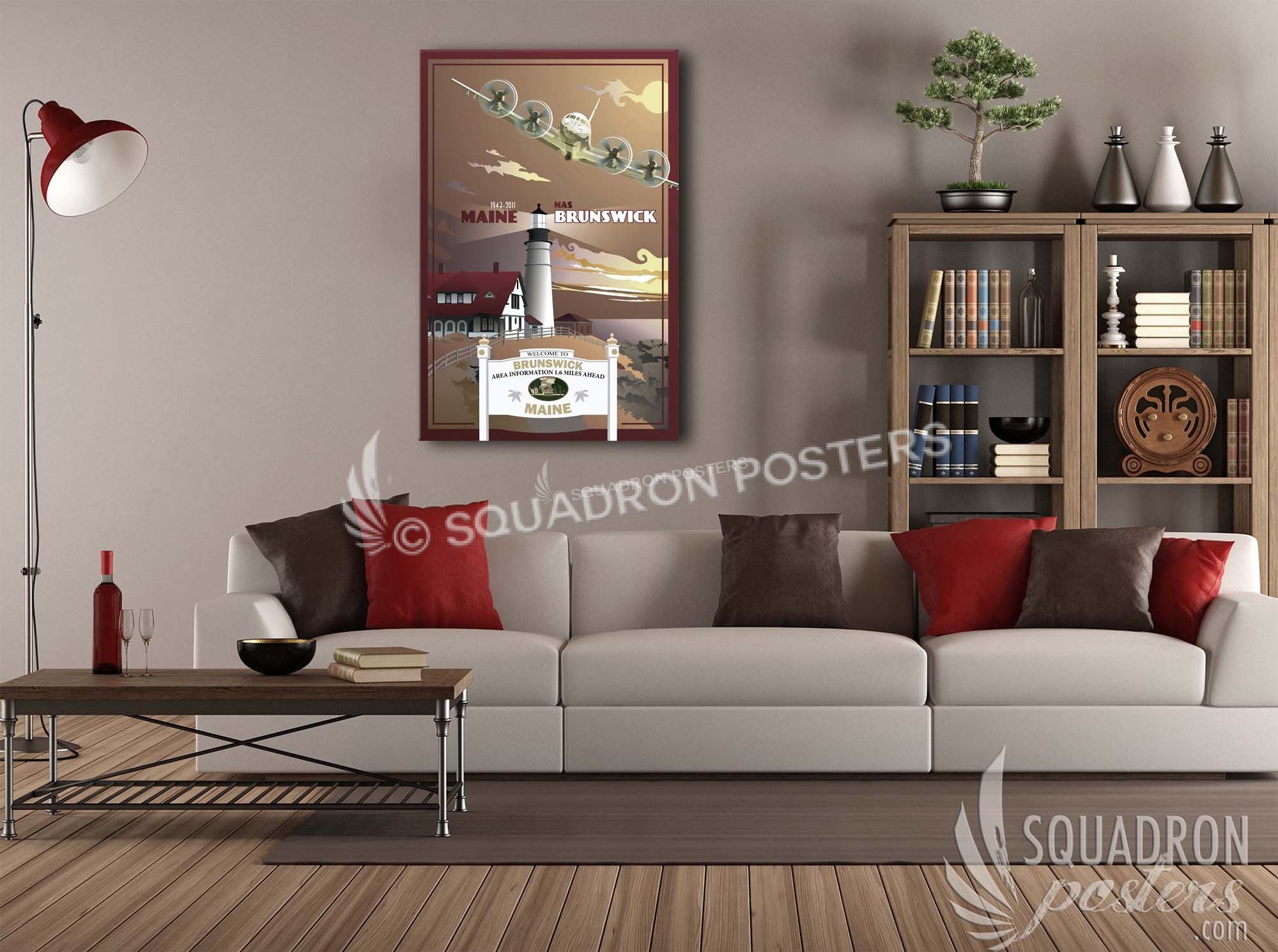 Naval Air Station Brunswick, also known as NAS Brunswick, was a military airport located 2 miles northeast of Brunswick, Maine. The base was home to a number of Naval-operated maritime patrol aircraft. Before closing, the base continued to operate as part of its closing procedures while the airport was operating publicly under the name Brunswick Executive Airport. The base closed on May 31, 2011, as per the 2005 Base Realignment and Closure committee decision. As of November 28, 2009, the last aircraft (P-3 Orions) left. The runways were permanently closed in January 2010. The base is now known as Brunswick Landing. The Midcoast Regional Redevelopment Authority is managing base redevelopment and has reopened the former Naval airfield as a civilian airport and high-tech business and industrial park.

The Lockheed P-3 Orion is a four-engine turboprop anti-submarine and maritime surveillance aircraft developed for the US Naval forces and introduced in the 1960s. Lockheed based it on the L-188 Electra commercial airliner. The aircraft is easily recognizable from the Electra by its distinctive tail stinger or “MAD Boom”, used for the magnetic detection of submarines.