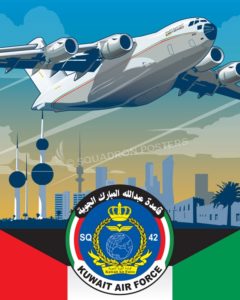 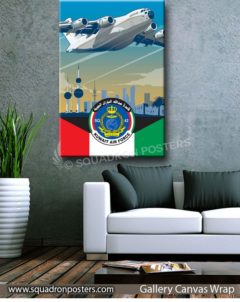 The Boeing C-17 Globemaster III is a large military transport aircraft. The C-17 commonly performs tactical and strategic airlift missions, transporting troops and cargo throughout the world; additional roles include medical evacuation and airdrop duties. The C-17 is designed to operate from runways as short as 3,500 ft (1,100 m) and as narrow as 90 ft (27 m). In addition, the C-17 can also operate from unpaved, unimproved runways. The thrust reversers can be used to move the aircraft backwards and reverse direction on narrow taxiways using a three- (or more) point turn.