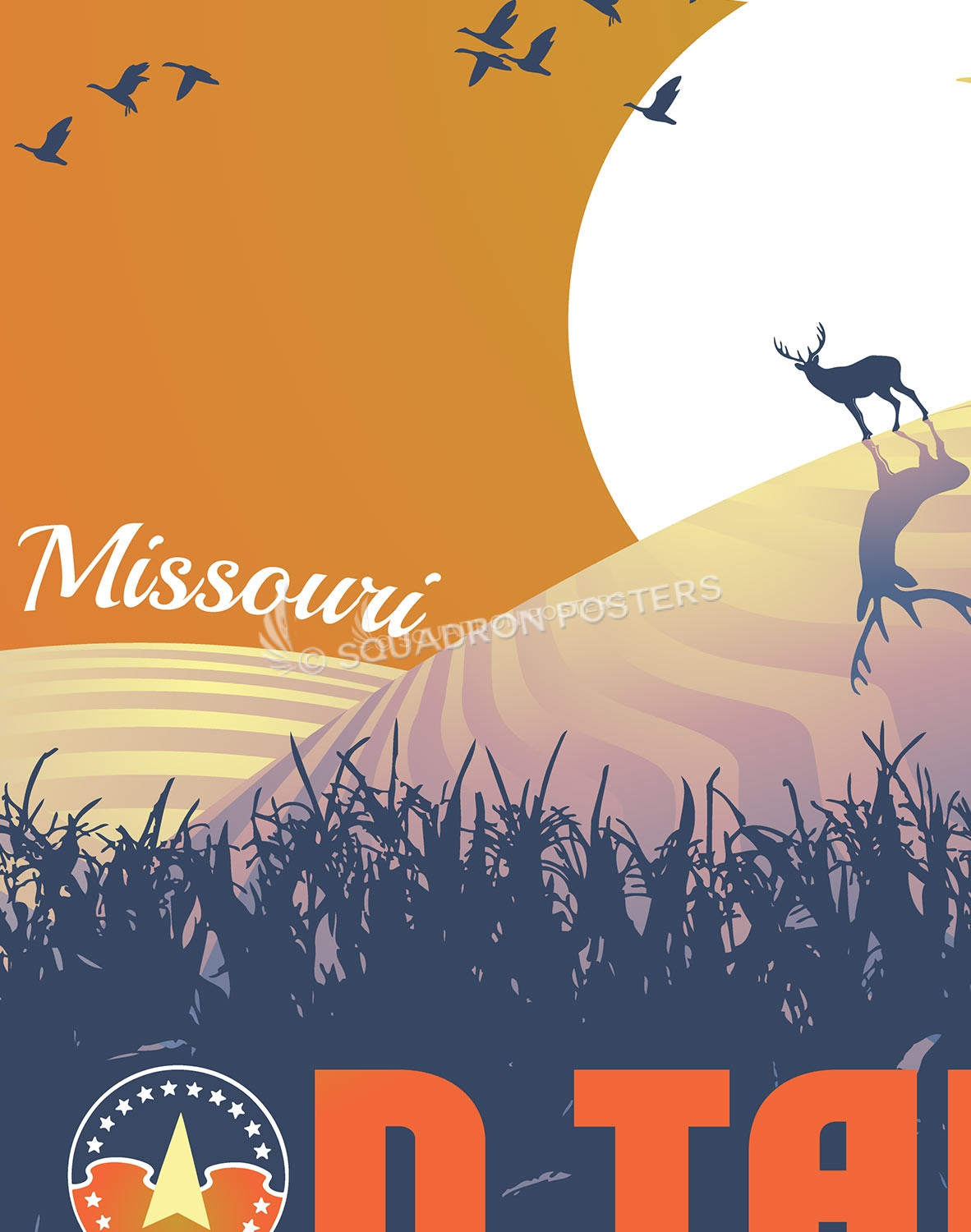 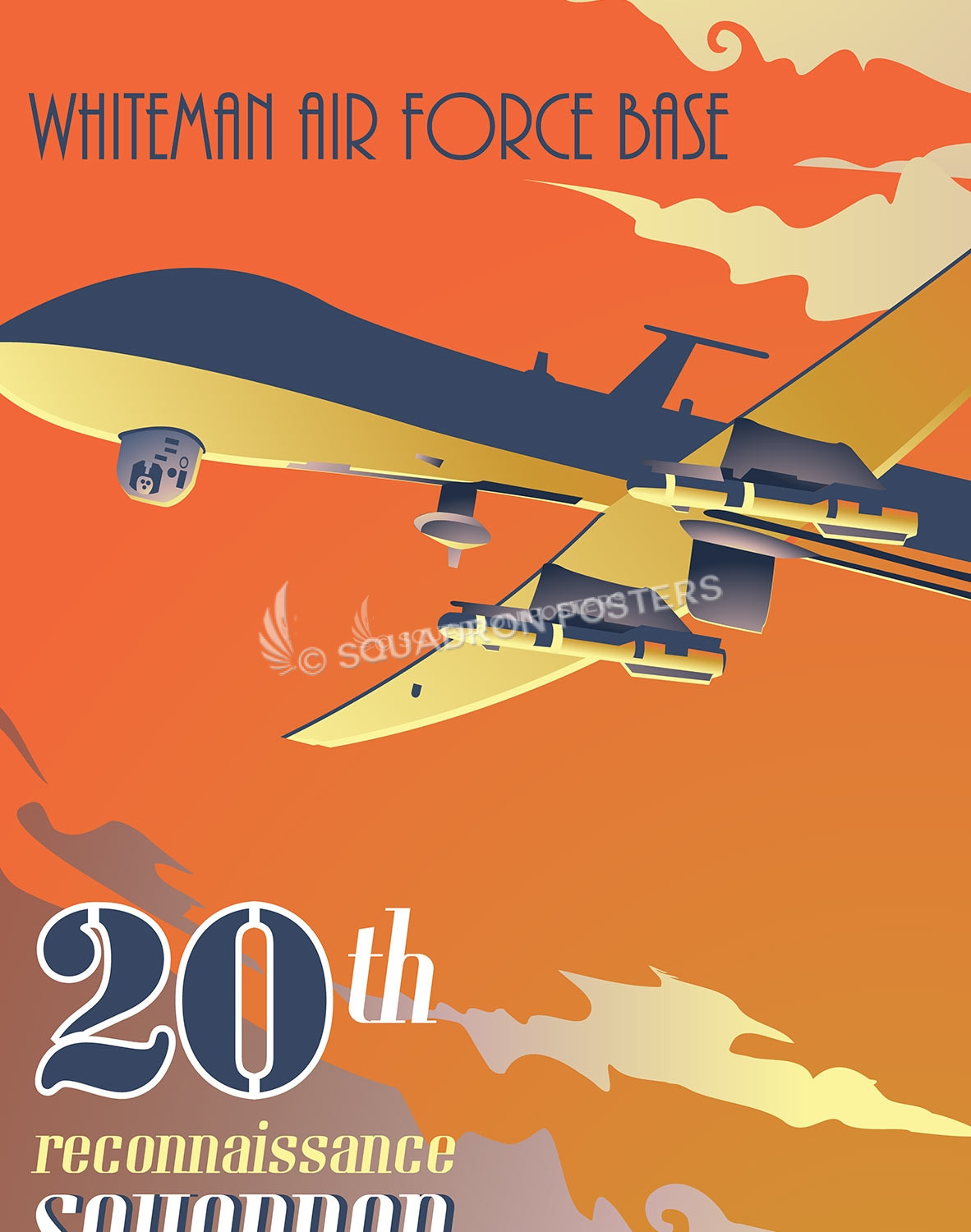 The 20th Reconnaissance Squadron is a United States Air Force unit, based at Whiteman Air Force Base, Missouri. It currently flies the MQ-1 ‘Predator‘ and is assigned to the 432d Wing at Creech Air Force Base, Nevada.  The General Atomics MQ-1 Predator is an unmanned aerial vehicle (UAV) built by General Atomics and used primarily by the United States Air Force and Central Intelligence Agency. Initially conceived in the early 1990s for reconnaissance and forward observation roles, the Predator carries cameras and other sensors but has been modified and upgraded to carry and fire two AGM-114 Hellfire missiles or other munitions. (This is Heritage artwork as this unit is now an “Attack” squadron)

To see version 2 of this art: Here