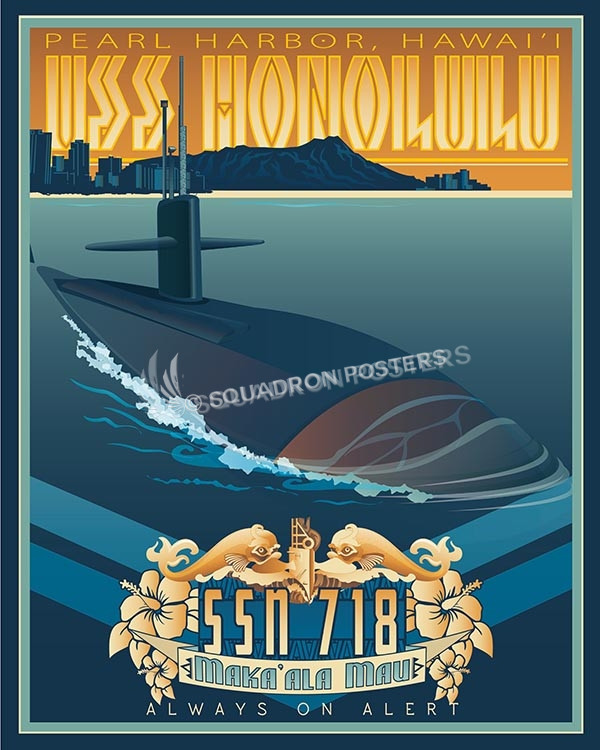 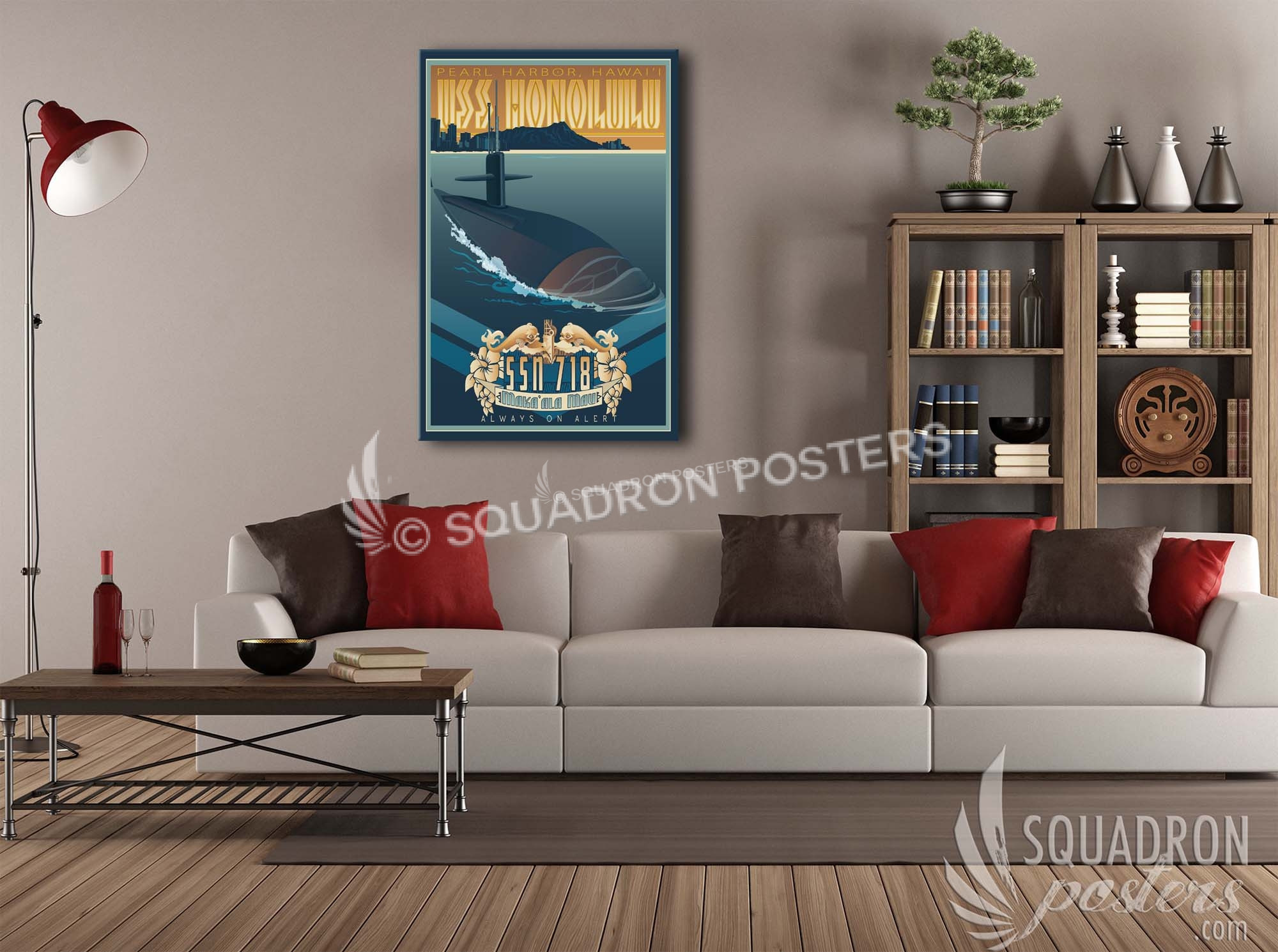 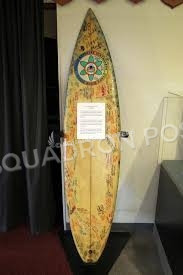 USS Honolulu (SSN-718), was a Los Angeles-class submarine, and the third ship of the United States Navy to be named for Honolulu, Hawaii. The contract to build her was awarded to Newport News Shipbuilding and Dry Dock Company in Newport News, Virginia on 15 September 1977 and her keel was laid down on 10 November 1981. She was launched on 24 September 1983. Honolulu featured unique split stern planes that operated from independent hydraulic systems. With this redundant configuration, the inboard and outboard planes could be operated independently, preventing a failure of one or the other from causing an uncontrolled dive. Honolulu’s patrols are commemorated by ten surfboards signed by the crews aboard her at the time. The latest three are kept on board the submarine; the other seven are stored at Pearl Harbor.