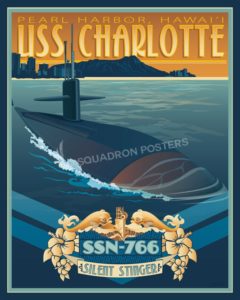 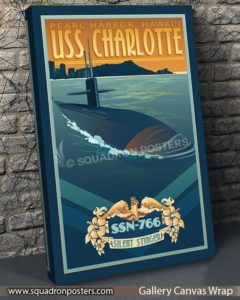 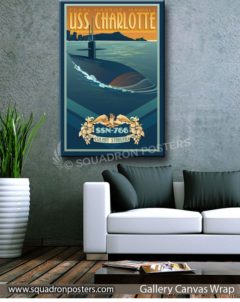 USS Charlotte (SSN-766), a Los Angeles-class submarine, is the fourth ship of the United States Navy to be named for Charlotte, North Carolina. The contract to build her was awarded to Newport News Shipbuilding and Dry Dock Company in Newport News, Virginia on 6 February 1987 and her keel was laid down on 17 August 1990, she was launched on 3 October 1992 and commissioned on 16 September 1994. On 29 November 2005, Charlotte arrived in Norfolk, Virginia, having taken the northern route from Pearl Harbor, under the Arctic ice cap. Along the way, she surfaced at the North Pole through 61 inches of ice, a record for a Los Angeles-class submarine.