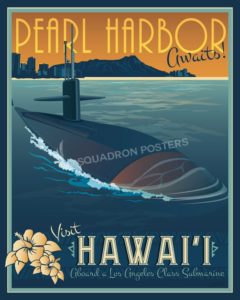 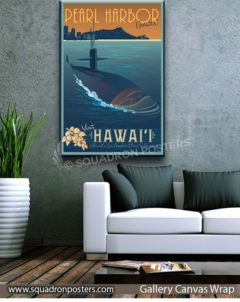 Joint Base Pearl Harbor–Hickam (JBPHH) is a United States military base adjacent to Honolulu, Hawaii. It is an amalgamation of the United States Air Force Hickam Field and Naval Station Pearl Harbor, which were merged in 2010. The Los Angeles class (also known as the 688 class) is a class of nuclear-powered fast attack submarines (SSN) in US service. They represent two generations and close to half a century of the US attack submarine fleet. As of late 2015, 39 of the class are still in commission and 23 retired from service. Of the 23 retired boats, 14 of them were laid up half way (approximately 17–18 years) through their projected lifespans due to their midlife reactor refuelings being cancelled.