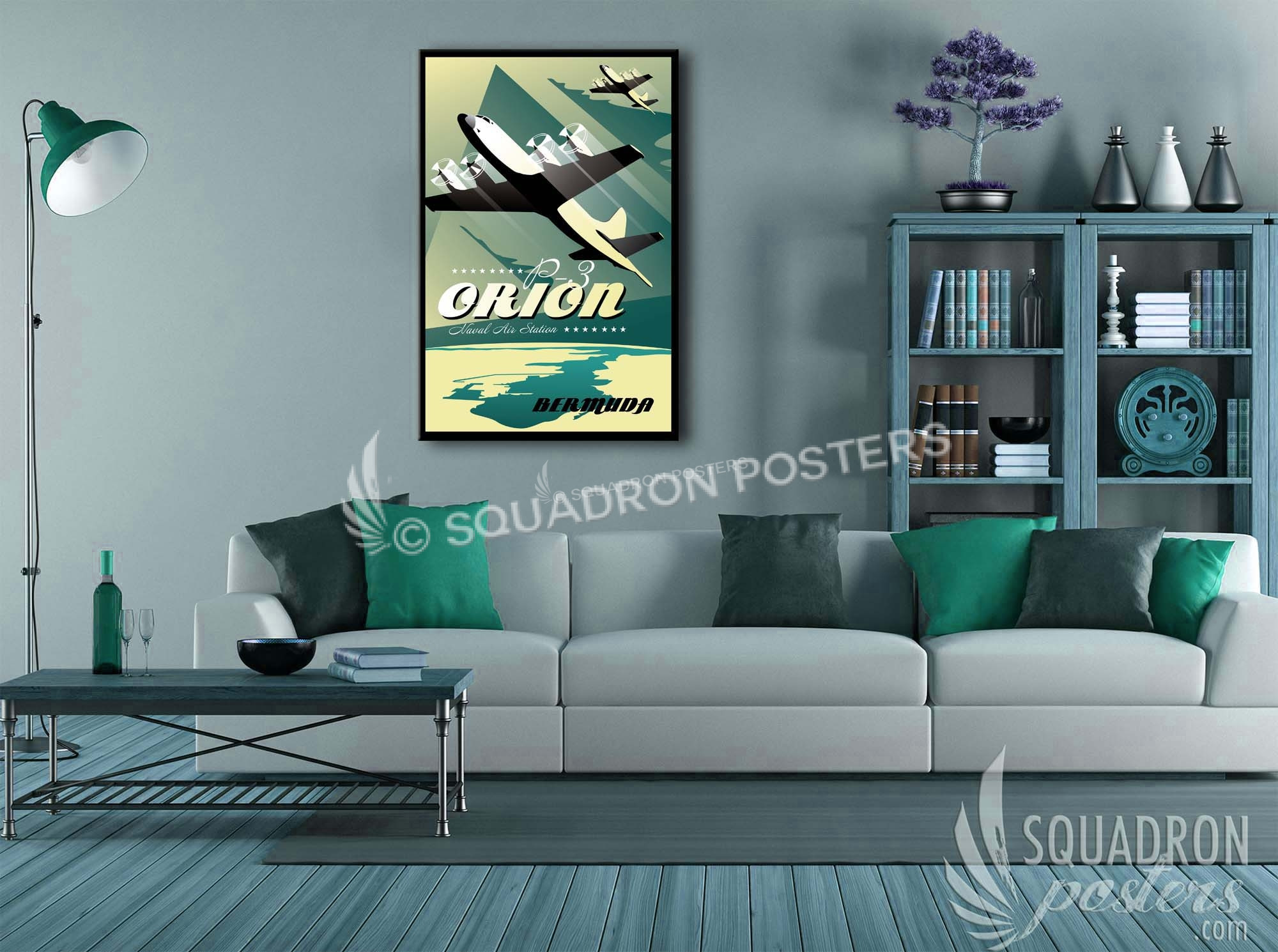 This vintage art deco style military aviation travel poster “NAS Bermuda – P-3 Orion” is dedicated to all those who served at NAS Bermuda and flew or supported the P-3.

Naval Air Station Bermuda (Kindley Field), was located on St. David’s Island, Bermuda from 1970 to 1995, on the former site of Kindley Air Force Base. It is currently the site of Bermuda International Airport. The US moved its anti-submarine air-patrol operations from the old NAS Bermuda flying boat base, to the USAF Base at Kindley Field when its Martin P5M Marlin flying boats were removed from service in the 1960s. They were replaced by Lockheed P-2 Neptune landplanes, which could not operate from the existing Naval Air Station, which had no hard surface runway ashore. US Naval operations took over the airfield entirely from the USAF in 1970 and the base continued to operate anti-submarine patrols, first with Neptunes, then with Lockheed P-3 Orions. In the 1980s, the P-3s were occasionally augmented by carrier-based S-3 Vikings operating ashore, as well as Canadian Forces’ Lockheed CP-140 Aurora and Royal Air Force Hawker Siddeley Nimrod MR.2 aircraft.