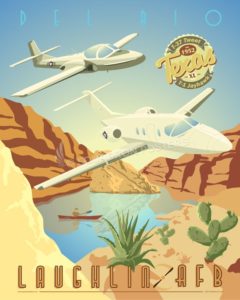 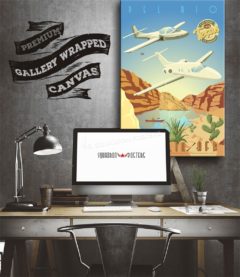 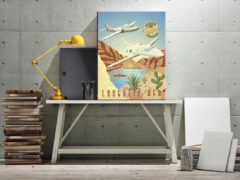 Laughlin Air Force Base is a facility of the United States Air Force located in Del Rio, Texas. The Raytheon T-1 Jayhawk is a twin-engined jet aircraft used by the United States Air Force for advanced pilot training. T-1A students go on to fly airlift and tanker aircraft. The T-400 is a similar version for the Japan Air Self-Defense Force. The Cessna T-37 Tweet (designated Model 318 by Cessna) is a small, economical twin-engine jet trainer-attack type aircraft which flew for decades as a primary trainer for the United States Air Force (USAF) and in the air forces of several other nations. The A-37 Dragonfly variant served in the light attack role during the Vietnam War and continues to serve in the air forces of several South American nations.