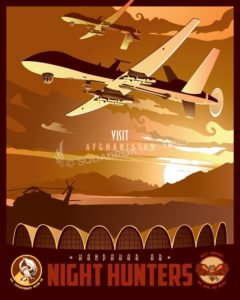 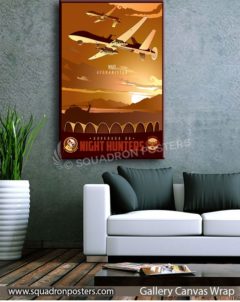 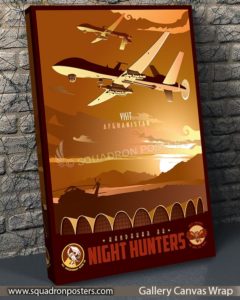 The 62d Expeditionary Reconnaissance Squadron (62d ERS) is a provisional United States Air Force unit. It is a provisional squadron of Air Combat Command, attached to the 432d Air Expeditionary Operations Group, stationed at Creech Air Force Base, Nevada. The primary mission of the 62d ERS is to launch and recover all the Air Force Remotely Piloted Aircraft (RPAs) in Afghanistan. The 62d launches and recovers the MQ-9 Reaper and the MQ-1 Predator.

The MQ-1 “Predator” is an unmanned aerial vehicle (UAV) built by General Atomics and used primarily by the United States Air Force (USAF) and Central Intelligence Agency (CIA). Initially conceived in the early 1990s for reconnaissance and forward observation roles, the Predator carries cameras and other sensors but has been modified and upgraded to carry and fire two AGM-114 Hellfire missiles or other munitions. The aircraft, in use since 1995.

Kandahar Airfield also known as Kandahar International Airport is located 10 miles (16 kilometers) south-east of Kandahar City in Afghanistan. It serves as the nation’s second main international airport and as one of the largest military bases, capable of housing up to 250 aircraft of all type.