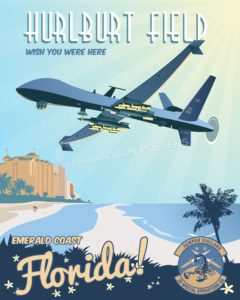 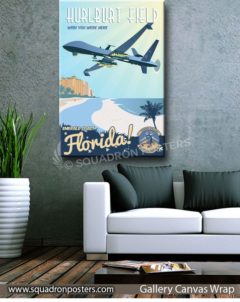 The 2d Special Operations Squadron (2 SOS) is an Air Force Reserve Command unit, assigned to the 919th Operations Wing. Stationed at Hurlburt Field, Florida. It currently operates the MQ-9 Reaper in support of the Global War on Terrorism. They’re minutes away from the sandy white beaches of Florida’s Emerald Coast.

The 2d Special Operations Squadron’s history reaches back to the front lines of WWI as a Balloon Squadron. The unit is one of the oldest units in the United States Air Force, being formed on 25 September 1917 at Fort Omaha, Nebraska. During World War I, the unit was part of the Balloon Section, American Expeditionary Forces (AEF), becoming the first American balloon company to reach the Western Front in France and enter combat. 2d SOS thus holds the distinction among all USAF units of being “the first complete American air unit in history to operate against an enemy on foreign soil.” It was part of the Army Balloon and Airship School after the war, being a balloon training unit until the beginning of World War II. It was later part of the Strategic Air Command during the Cold War.

The General Atomics MQ-9 Reaper (formerly named Predator B) is an unmanned aerial vehicle (UAV) capable of remote controlled or autonomous flight operations, developed by General Atomics Aeronautical Systems (GA-ASI) primarily for the United States Air Force (USAF). The MQ-9 and other UAVs are referred to as Remotely Piloted Vehicles/Aircraft (RPV/RPA) by the USAF to indicate their human ground controllers. The MQ-9 is the first hunter-killer UAV designed for long-endurance, high-altitude surveillance.