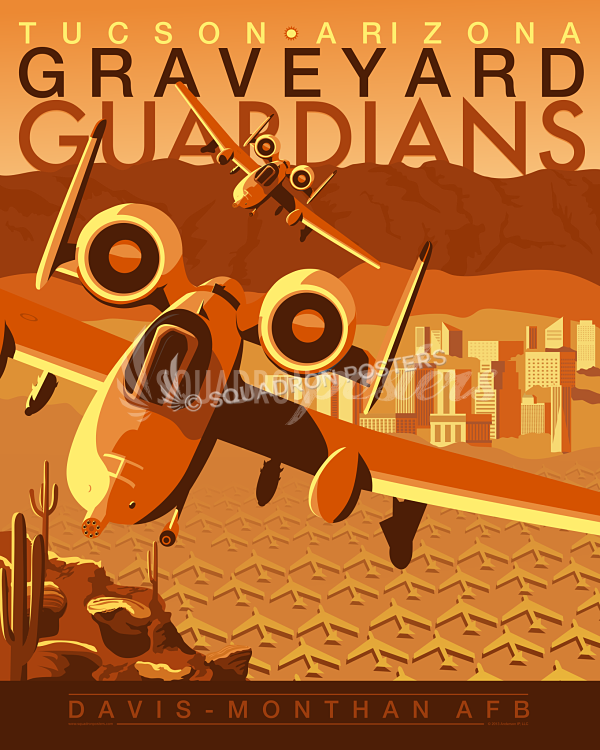 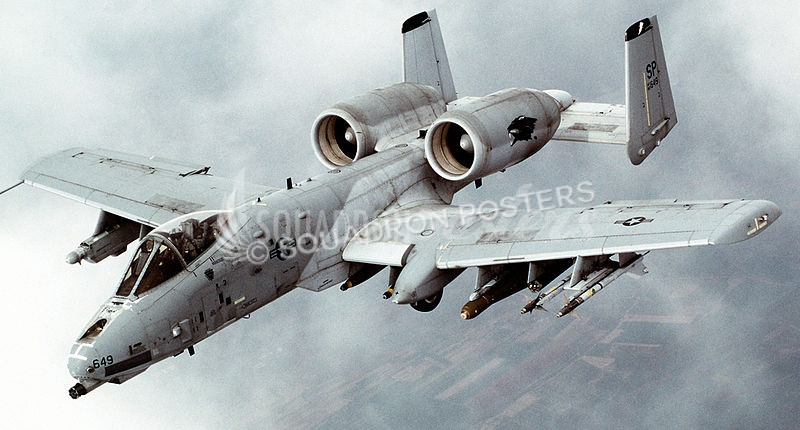 This A-10 Warthog Poster is dedicated to the men and women who have served or are serving at Davis-Monthan Air Force Base in Tucson Arizona. Their current A-10 squadrons are the 354th Fighter Squadron ‘Bulldogs‘, 357th Fighter Squadron ‘Dragons‘ and the 358th Fighter Squadron ‘Lobos‘. Davis-Monthan Air Force Base is the United States Air Force ‘Boneyard‘, the final resting place for military aircraft. Davis–Monthan AFB although under Air Combat Command, is best known for its role as the location of the Air Force Materiel Command’s 309th Aerospace Maintenance and Regeneration Group, the sole aircraft Boneyard for all excess military and government aircraft. Davis-Monthan was selected due to its low humidity and hard, alkaline soil, which allows the aircraft to be naturally preserved for cannibalization or possible reuse.