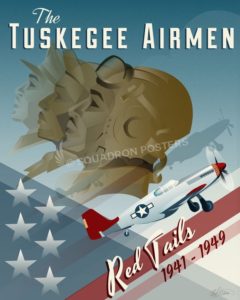 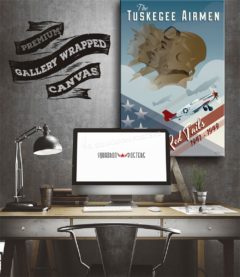 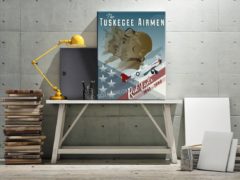 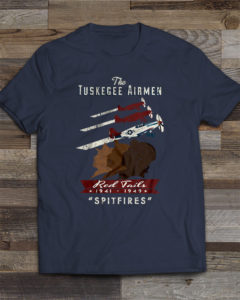 The Tuskegee Airmen is the popular name of a group of African-American military pilots (fighter and bomber) who fought in World War II. Formally, they formed the 332nd Fighter Group and the 477th Bombardment Group of the United States Army Air Forces. The name also applies to the navigators, bombardiers, mechanics, instructors, crew chiefs, nurses, cooks and other support personnel for the pilots.

The Tuskegee Airmen were the first African-American military aviators in the United States Armed Forces. During World War II, Black Americans in many U.S. states were still subject to the Jim Crow laws and the American military was racially segregated, as was much of the federal government. The Tuskegee Airmen were subjected to racial discrimination, both within and outside the army. All Black military pilots who trained in the United States trained at Moton Field, the Tuskegee Army Air Field and were educated at Tuskegee University, located near Tuskegee, Alabama.

To see the Graphic T-shirt version of this art click HERE. (sold separately)