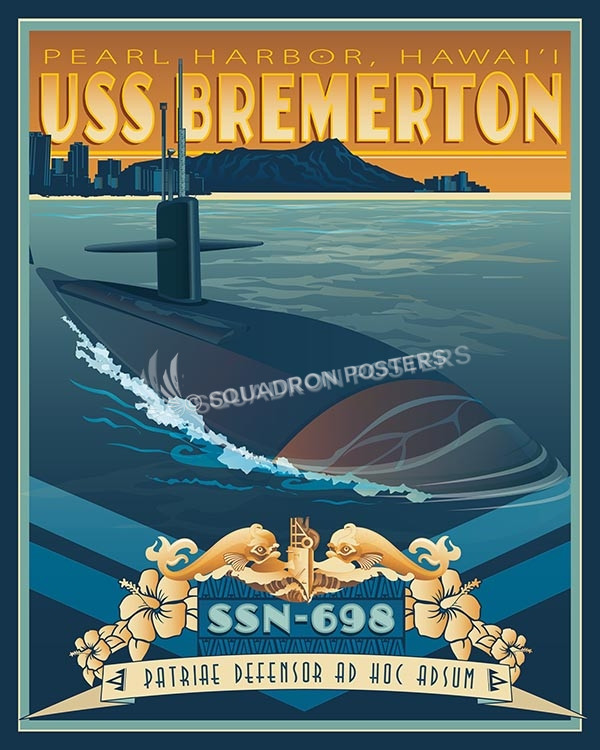 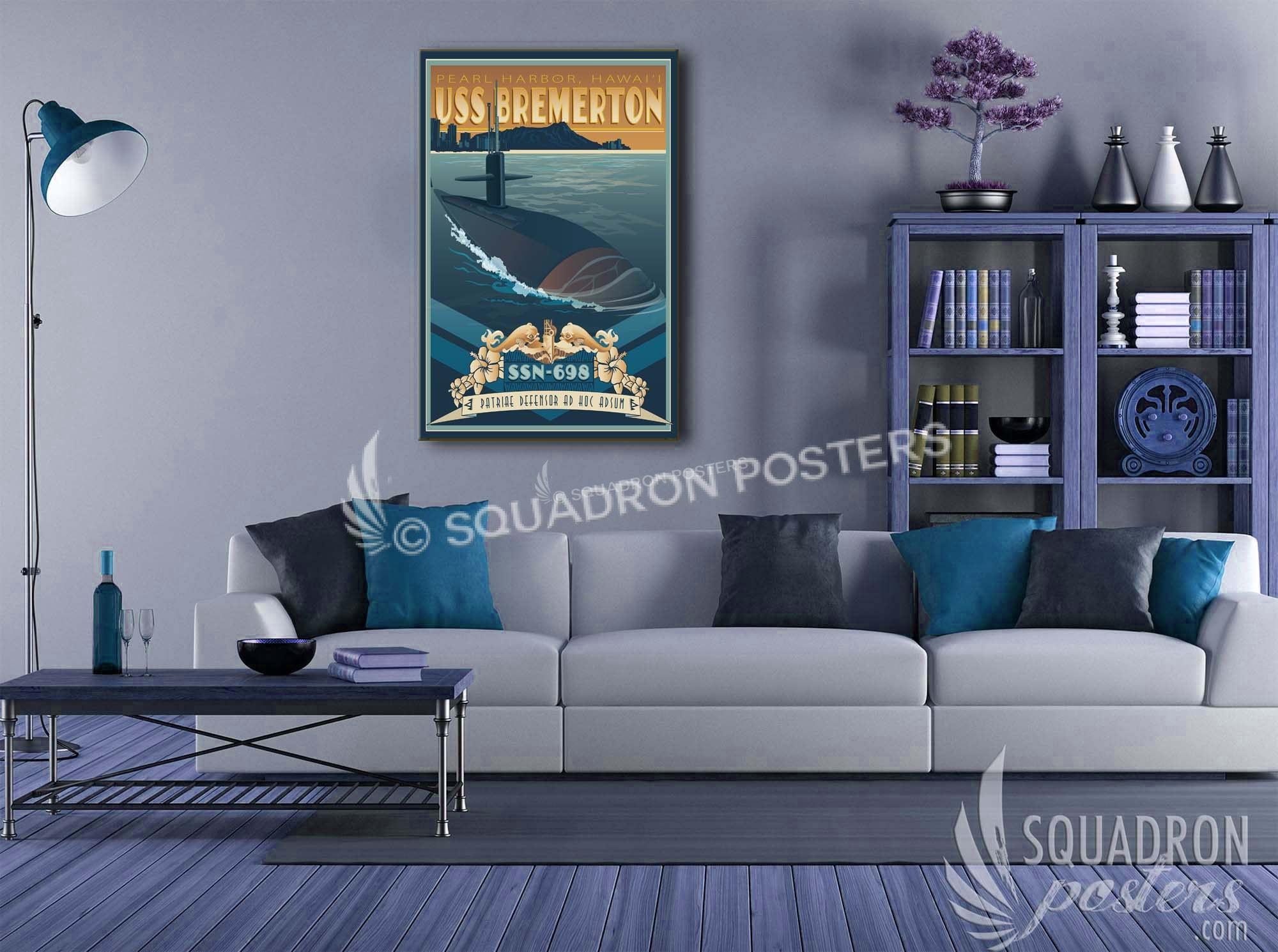 This vintage art deco style military aviation travel poster “Pearl Harbor-Hickam USS Bremerton (SSN-698)” is dedicated to all the hard working Submariners of  the USS Bremerton. USS Bremerton (SSN-698), a Los Angeles-class submarine, was the second ship of the United States Navy to be named for Bremerton, Washington. The contract to build her was awarded to the Electric Boat Division of General Dynamics Corporation in Groton, Connecticut on 24 January 1972 and her keel was laid down on 8 May 1976, launched on 22 July 1978 and commissioned on 28 March 1981. On 11 March 1999, Bremerton used one torpedo to sink the derelict forebody of the merchant ship New Carissa off the Oregon coast. The USS David R. Ray also participated in the sinking. After a successful Western Pacific deployment, in September 2003 Bremerton changed its homeport to Pearl Harbor, Hawaii. Bremerton spent two months in drydock at Pearl Harbor ending 21 January 2010. When USS Los Angeles (SSN-688) was decommissioned on 23 January 2010, Bremerton became the oldest commissioned submarine in the US fleet. On that day, Richard O’Kane’s cribbage board was transferred from Los Angeles to Bremerton, a tradition that dates back to World War II.