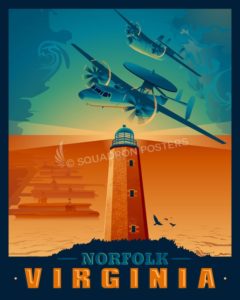 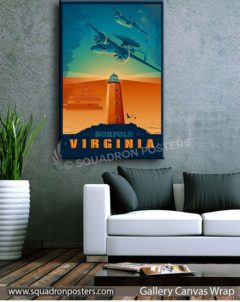 Naval Station Norfolk, is a U.S. Naval base in Norfolk, Virginia. It supports naval forces in the United States Fleet Forces Command, those operating in the Atlantic Ocean, Mediterranean Sea, and the Indian Ocean. The installation occupies about 4 miles (6.4 km) of waterfront space and 11 miles (18 km) of pier and wharf space of the Hampton Roads peninsula known as Sewell’s Point. It is the world’s largest naval station, with the largest concentration of U.S. Naval forces through 75 ships alongside 14 piers and with 134 aircraft and 11 aircraft hangars at the adjacently operated Chambers Field and Port Services controls more than 3,100 ships’ movements annually as they arrive and depart their berths.

Air Operations conducts over 100,000 flight operations each year, an average of 275 flights per day or one every six minutes. Over 150,000 passengers and 264,000 tons of mail and cargo depart annually on Air Mobility Command aircraft and other AMC-chartered flights from the airfield’s AMC Terminal.

The Northrop Grumman E-2 Hawkeye is an American all-weather, carrier-capable tactical airborne early warning (AEW) aircraft. The Grumman C-2 Greyhound is a twin-engine, high-wing cargo aircraft, designed to carry supplies, mail, and passengers to and from aircraft carriers of the U.S. Naval forces. Its primary mission is aircraft carrier onboard delivery.