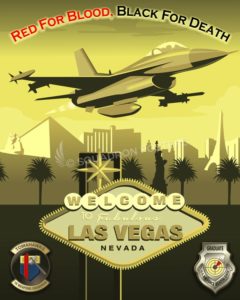 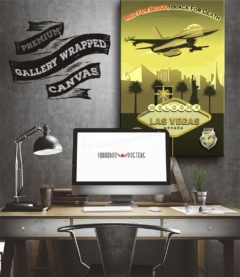 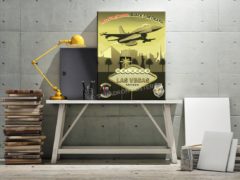 The 16th Weapons Squadron is a United States Air Force unit assigned to the USAF Weapons School, based at Nellis AFB, Nevada. The 16th began as the 16th Pursuit Squadron on 20 November 1940. During World War II, the 16th Pursuit Squadron flew missions in New Guinea, India, and China in the P-40, P-47, and P-51. During the Korean War, the 16th Fighter-Interceptor Squadron flew missions from Korea and Japan in the F-80 and F-86. After the Korean War, the 16th was stationed in Japan, Florida, Norway, Turkey, Korea, and Utah, flying missions in the F-106 and F-4 Phantom II aircraft. In January 1979, the 16th Tactical Fighter Training Squadron became the USAF’s first F-16A/B operational squadron. Initially there was an F-16 division within what was called the Fighter Weapons School that was created in 1982. The purpose of the school was to train aircrew in a most realistic combat environment. Reactivated on 3 February 2003 as the 16th Weapons Squadron. The squadron is composed of block 42 and 52’s. Only a few days before on 24 January 2003 the squadron officially was re-designated the 16th Weapons Squadron while working towards activation at Nellis AFB, Nevada.