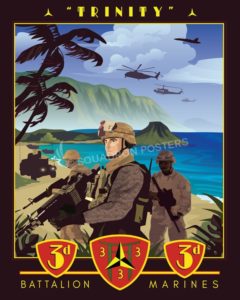 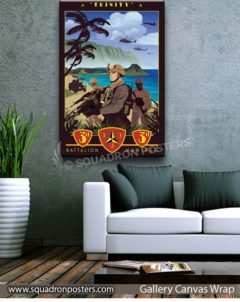 3rd Battalion 3rd Marines, abbreviated as (3/3), is an infantry battalion of the United States Marine Corps, based out of Kaneohe, Hawaii. Known as either “Trinity” or “America’s Battalion”, the unit falls under the command of the 3rd Marine Regiment of the 3rd Marine Division. The unit consists of approximately 800 U.S. Marines and United States Navy sailors. Like most battalions of the U.S. Marine Corps, 3rd Battalion 3rd Marines is made up of three rifle companies (India, Kilo, and Lima), a Headquarters and Services (H&S) company, and a weapons company.

Through the Ages – South Pacific