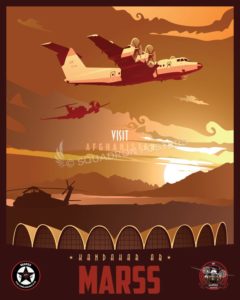 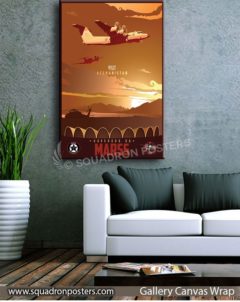 The MARSS provides the commander with a multi-intelligence collection capability to accurately detect, identify, and report threat targets in near real-time. The system consists of a aircraft fitted with an L-3 MX-15i electro-optical/infra-red sensor and a COMINT and ELINT intercept capability. As of June 2010, 11 MARSS had been fitted Beechcraft King Air B-300 aircraft. The MARSS had also been fitted by that time to 2 DHC Dash 7 (DHC-7; specially configured contractor-operated/contractor owned DHC Dash 8 aircraft were observed and this may have been a confusion between those aircraft and the DHC-7 aircraft used for the US Army’s Airborne Reconnaissance Low program) aircraft and 2 Beechcraft King Air B-200 aircraft.

The Beechcraft Super King Air family has been in continuous production since 1974, the longest production run of any civilian turboprop aircraft in its class. At the present, the B200GT, B200CGT and the larger B300 and B300C are the production models including special mission derivative versions.

The de Havilland Canada DHC-7, popularly known as the Dash 7, is a turboprop-powered regional airliner with STOL (short take off and landing) performance. It first flew in 1975 and remained in production until 1988 when the parent company, de Havilland Canada, was purchased by Boeing and was later sold to Bombardier. Bombardier sold the type certificate for the aircraft design to Victoria-based manufacturer Viking Air in 2006. The EO-5C ARL-M (Airborne Reconnaissance Low – Multi-sensor) Converted by California Microwave Incorporated 1996.