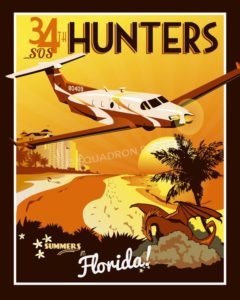 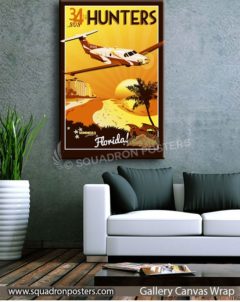 The 34th Special Operations Squadron is an active United States Air Force unit. It is assigned to the 1st Special Operations Group, 1st Special Operations Wing, based at Hurlburt Field, Florida. It was activated on 9 April 2010. History: Established in early 1942 as a C-47 Skytrain transport squadron under First Air Force, later trained under I Troop Carrier Command in the eastern United States. Deployed to England in December 1942, being assigned to VIII Air Support Command, Eighth Air Force to provide transport and resupply support to the buildup of the heavy bomber force in England. Was detached to Twelfth Air Force in Algeria in May 1943 to provide air resupply and transport during the North African Campaign in Algeria and Tunisia. Also performed combat casualty evacuation of wounded personnel to rear areas. Remained under jurisdiction of VIII ASC while in North Africa, providing transport between England and North Africa from its base in Algeria. Returned to England in early 1944 to participate in the buildup of forces prior to the Allied landings in France during D–Day in June 1944.

The 34th Special Operations Squadron currently operates the U-28A, selected for its versatile performance and ability to operate from short and unimproved runway surfaces.