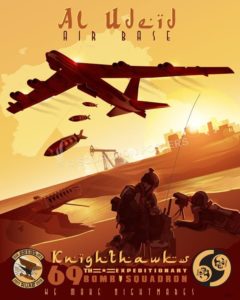 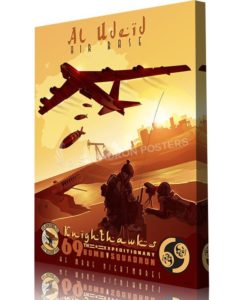 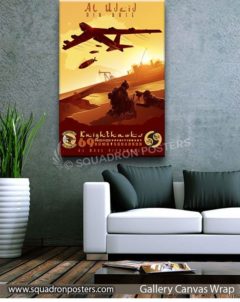 The 69th Bomb Squadron (69 BS) is part of the 5th Bomb Wing at Minot Air Force Base, North Dakota. The squadron operates B-52H Stratospheres which is a long-range, heavy bomber that is the backbone of the manned strategic bomber force for the United States. It can carry nuclear or precision guided conventional ordnance with worldwide precision navigation capability.

In 2015, the 5th Bomb Wing was awarded the Castle Award for the best Bomber Wing in Air Force Global Strike Command. In 2016, the 5th Bomb Wing also won the Omaha Award for the best Strategic Bomber Unit. In that same year, the 69 BS won Best Bomb Squadron for their distinctive accomplishments. The Squadron is the 69 BS “KNIGHTHAWKS” and their slogan is “We Make Nightmares!”