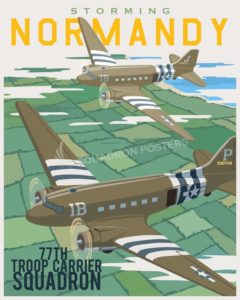 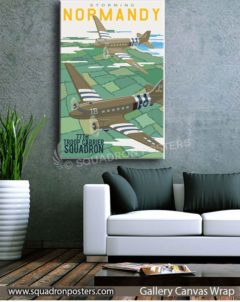 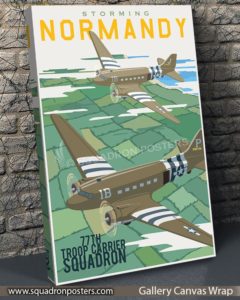 Established in early 1943 as a C-47 Skytrain transport squadron under First Air Force, later trained under I Troop Carrier Command in the eastern United States. Deployed to England in late 1943, being assigned to Ninth Air Force in England, IX Troop Carrier Command to participate in the buildup of forces prior to the Allied landings in France during D-Day in June 1944. Began training for participation in the airborne operation over Normandy. Entered combat on D-Day 1944 by dropping paratroops of the 101st Airborne Division near Cherbourg; towed Waco and Horsa gliders carrying reinforcements to that area on the afternoon of D-Day and on the following morning; received a Distinguished Unit Citation for its part in the Normandy invasion. Today: The 77th Air Refueling Squadron (77 ARS) is a United States Air Force Reserve squadron, assigned to the 916th Operations Group, stationed at Seymour Johnson Air Force Base, North Carolina.

Featured Vector Artist
Minnesota
Steve worked for newspapers creating graphics and illustrations for 14 years before embarking on his own as a freelance illustrator. Now he creates mostly vintage-inspired artwork with a modern twist. He currently lives on one of the 10,000 lakes in Minnesota with his family.