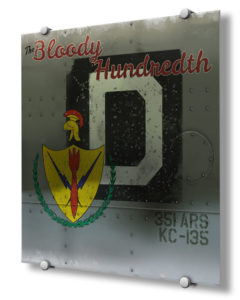 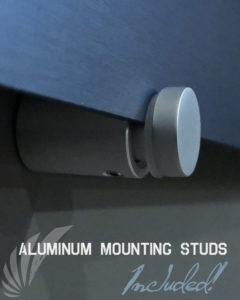 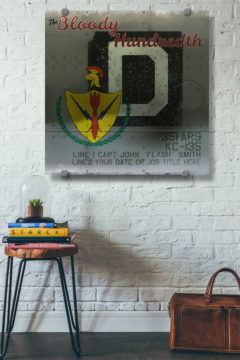 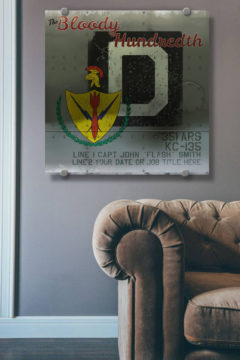 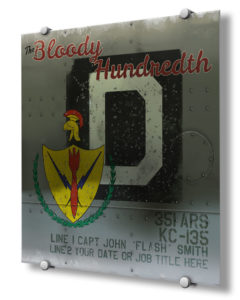 The 351st Air Refueling Squadron (351 ARS) is part of the 100th Air Refueling Wing at RAF Mildenhall, England. It operates the KC-135 Stratotanker aircraft conducting aerial refueling missions. Established as a B-17 Flying Fortress heavy bombardment squadron in mid-1942; trained initially under Third Air Force in the southeast, then transferring to Second Air Force in the Pacific Northwest. Operated as an Operational Training Unit in the Midwest until being deployed to the European Theater of Operations, being assigned to VIII Bomber Command in England in June 1949. Their motto is: ‘Pax Opus Nostrum‘ meaning ‘Peace is our Profession‘.

On 25 June 1943, the 100 BG flew its first Eighth Air Force combat mission in a bombing of the Bremen U-boat yards – the beginning of the “Bloody Hundredth“‘s legacy. The group inherited the “Bloody Hundredth” nickname from other bomb groups due to the number of losses it took. The group experienced several instances where it lost a dozen or more aircraft on a single mission, and for the next six months, the group focused its bombing attacks against German airfields, industries, and naval facilities in France and Germany. One such raid on 10 October 1943, that the 100th BG made on Münster, ended up with the only surviving 100th BG B-17, the Rosie’s Riveters (B-17F 42-30758) commanded by Robert Rosenthal, returning safely to Thorpe Abbots.