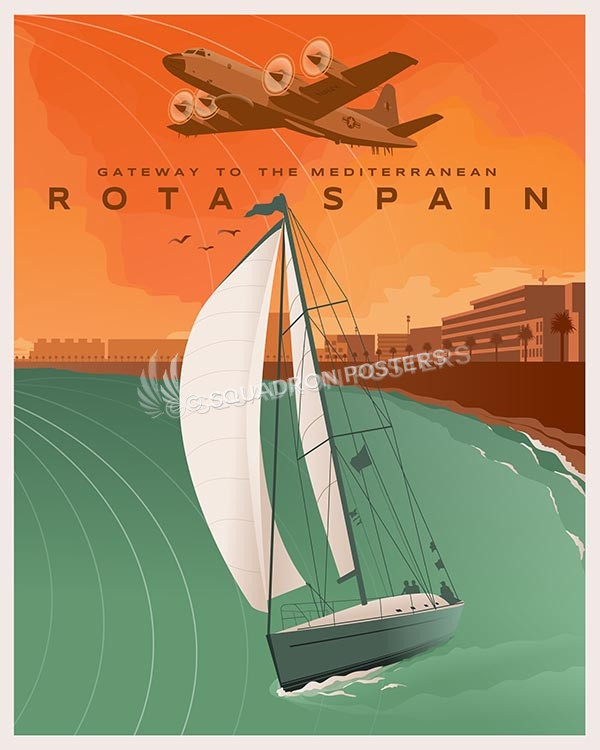 Naval Station Rota, also known as NAVSTA Rota,  (Spanish: Base Naval de Rota), is a Spanish naval base commanded by a Spanish Rear Admiral and fully funded by the United States of America. Located in Rota in the Province of Cádiz, near the town of El Puerto de Santa María, NAVSTA Rota is the largest American military community in Spain and houses US Naval and Marine personnel. There are also small US Army and Air Force contingents on the base.

Described as the “Gateway to the Mediterranean”, Naval Station Rota is home to an airfield and a seaport; the airfield has often caused the base to be misidentified as “Naval Air Station Rota”. The base is the headquarters for Commander, U.S. Naval Activities Spain (COMNAVACTSPAIN), as well as a primary gateway for Air Mobility Command flights into Europe.

Naval Station Rota is strategically located near the Strait of Gibraltar and at the halfway point between the United States and Southwest Asia. Because of this ideal location, the base is able to provide invaluable support to both US Sixth Fleet units in the Mediterranean and to USAF Air Mobility Command units transiting to Germany and Southwest Asia.

The Lockheed EP-3 is the signals reconnaissance version of the P-3 Orion, operated by United States Naval forces.