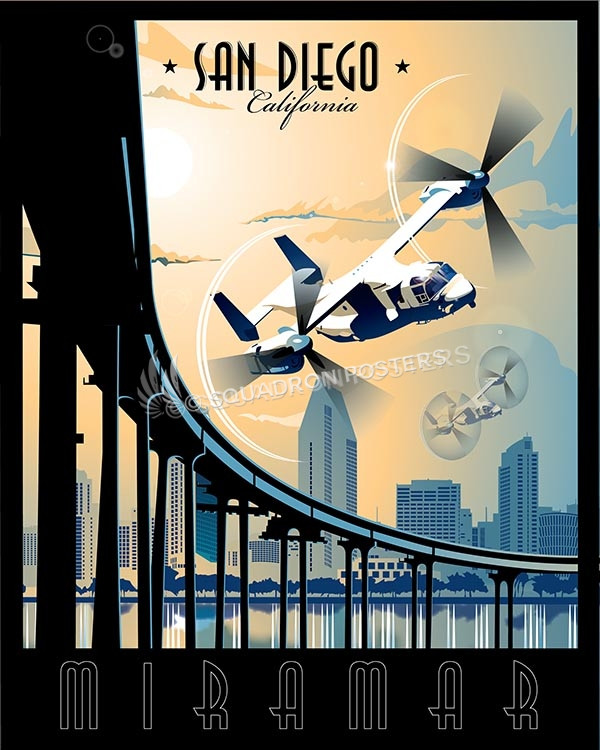 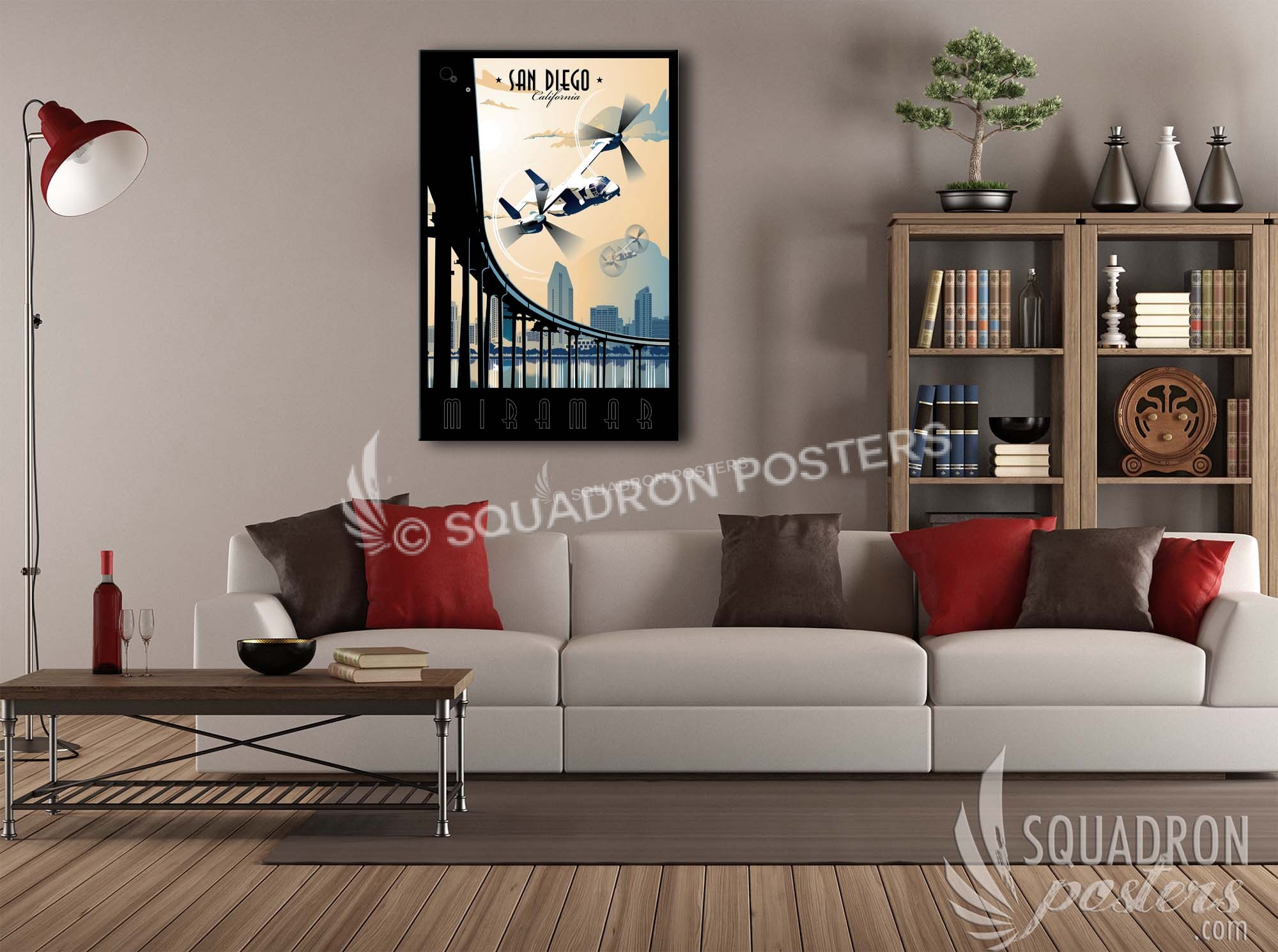 This vintage art deco style military aviation travel poster “MCB Camp Pendleton V-22” is dedicated to all the hard working men and women at Marine Corps Base Camp Pendleton who fly, maintain or support the V-22 Osprey. Marine Corps Base Camp Pendleton (MCB Camp Pendleton) is the major West Coast base of the United States Marine Corps. It is located on the Southern California coast, in San Diego County, and bordered by Oceanside to the south, San Clemente, Cleveland National Forest, Orange and Riverside counties to the north, and Fallbrook to the east. The Bell Boeing V-22 Osprey is an American multi-mission, military, tiltrotor aircraft with both a vertical takeoff and landing (VTOL), and short takeoff and landing (STOL) capability. It is designed to combine the functionality of a conventional helicopter with the long-range, high-speed cruise performance of a turboprop aircraft.