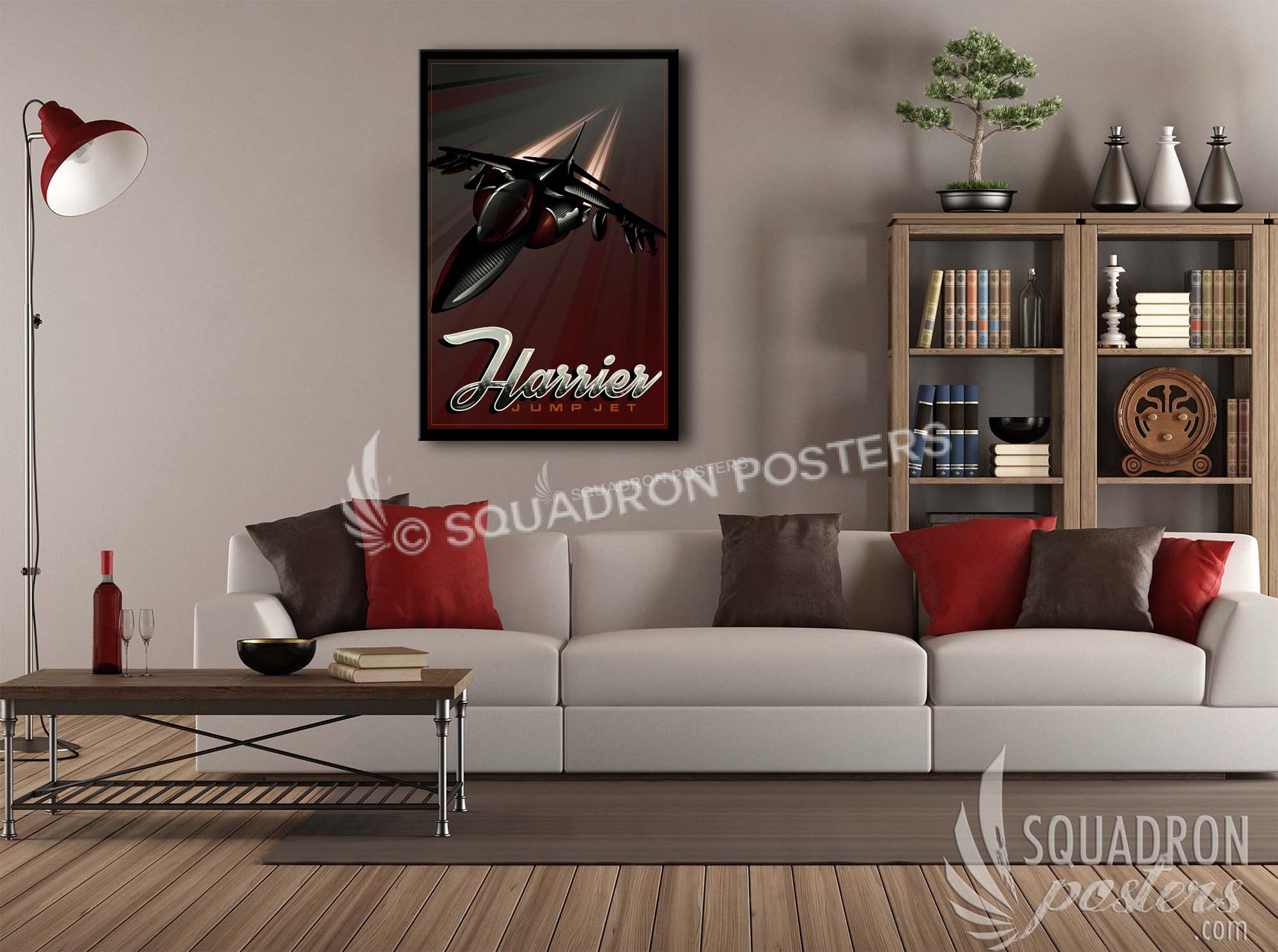 This vintage art deco style military naval travel poster “Harrier Jump Jet” is dedicated to all those who flew or supported Harrier’s.  (Artwork is part of our Shock Wave series)


The McDonnell Douglas (now Boeing) AV-8B Harrier II is a single-engine ground-attack aircraft that constitutes the second generation of the Harrier Jump Jet family. Capable of vertical or short takeoff and landing (V/STOL), the aircraft was designed in the late 1970s as an Anglo-American development of the British Hawker Siddeley Harrier, the first operational V/STOL aircraft. Named after a bird of prey, it is primarily employed on light attack or multi-role missions, ranging from close air support of ground troops to armed reconnaissance. The AV-8B is used by the US Marine, as well as Spanish and the Italian Naval forces. A variant of the AV-8B, the British Aerospace Harrier II, was developed for the British military, while another, the TAV-8B, is a dedicated two-seat trainer.