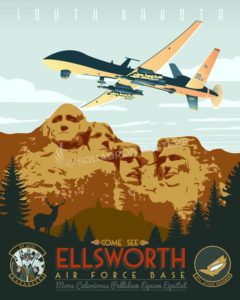 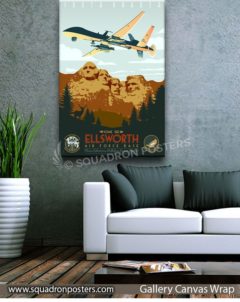 The 89th Attack Squadron is a United States Air Force unit assigned to the 28th Operations Group at Ellsworth Air Force Base, South Dakota. It has been active as a remotely piloted aircraft (drone) squadron there since 2011. The squadron was first activated as the 89th Aero Squadron at Kelly Field, Texas during World War I. It deployed to France in 1917, where it constructed fields and trained observers and in 1918 briefly trained as an observation unit until the war ended. The squadron was demobilized in May 19, 1919. Then was consolidated in the mid 1930s with the 89th Observation Squadron as the 89th Reconnaissance Squadron but remained inactive until 1940, when it was attached to the 17th Bombardment Group at March Field, CA and equipped with medium bombers. From 1940 to 1942 the unit participated in anti-submarine patrols of the coast of Oregon, Washington, and eventually the Gulf Coast. In 1942 four 89th crews took part in the famous “Doolittle Raid” against Tokyo. The 89th RS was re-designated the 432d Bombardment Squadron. The squadron moved to the Mediterranean Theater of Operations and participated in combat until 1945, earning two Distinguished Unit Citations and the French Croix de Guerre with Palm before returning to the United States in late 1945 and being deactivated.

The 432d was reactivated as the 432d Attack Squadron in October 2011 at Ellsworth Air Force Base, South Dakota as a MQ-9 Reaper remotely piloted aircraft squadron. The 432 ATKS was re-designated the 89th Attack Squadron on October 1st 2016. The re-designation was a way of getting back in touch with the unit’s history.