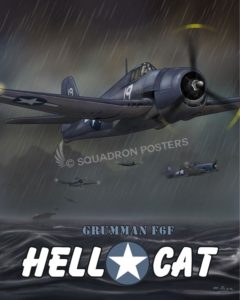 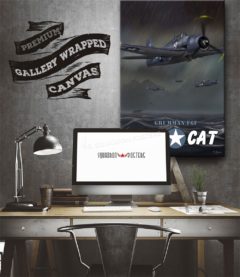 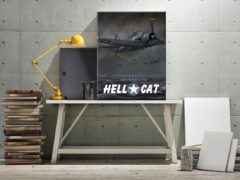 This vintage style military aviation travel poster “Through the Ages F6F Hellcat” artwork is dedicated to all those who served in the United States Naval service in WWII.

The Grumman F6F “Hellcat” was a carrier-based fighter aircraft conceived to replace the earlier F4F Wildcat in the United States Naval service. The Hellcat was an rival of the faster Vought F4U Corsair for use as a carrier based fighter. However, the Corsair had significant issues with carrier landing that the Hellcat did not, allowing the Hellcat to dominant as a fighter in the second part of World War II, a position the Hellcat did not relinquish.