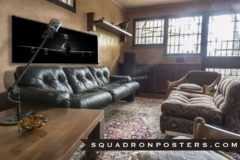 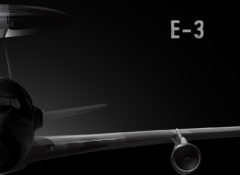 The Boeing E-3 Sentry, commonly known as AWACS, is an airborne early warning and control (AEW&C) aircraft developed by Boeing as the prime contractor. Derived from the Boeing 707, it provides all-weather surveillance, command, control and communications, and is used by the United States Air Force (USAF), NATO, Royal Air Force (RAF), French Air Force and Royal Saudi Air Force. The E-3 is distinguished by the distinctive rotating radar dome above the fuselage. Production ended in 1992 after 68 aircraft had been built.

In the mid-1960s, the USAF was seeking an aircraft to replace its piston-engined Lockheed EC-121 Warning Star, which had seen service for over a decade. After issuing preliminary development contracts to three companies, the USAF picked Boeing to construct two airframes to test Westinghouse Electric’s and Hughes’s competing radars. Both radars used Pulse-Doppler technology, with Westinghouse’s design emerging as the contract winner. Testing on the first production E-3 began in October 1975.